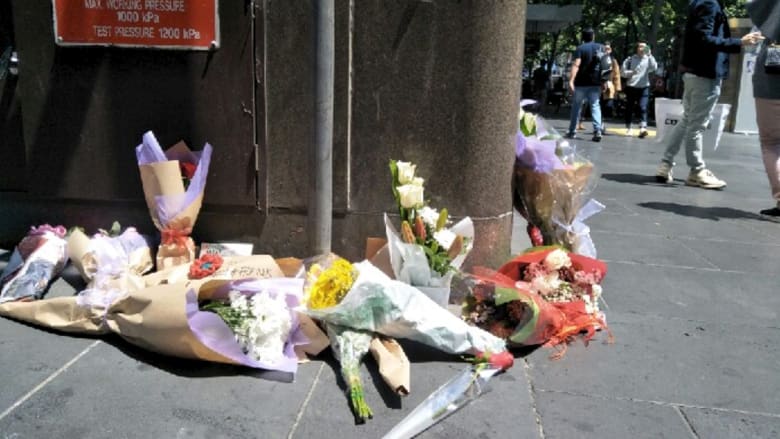 A message to Melbournians

My voice is a single, small and insignificant one. Perhaps this might not make as much difference as I would like it to. But if I can reach at least one person, that’s enough for me.

When tragedy strikes, our immediate, knee-jerk response is fear. Fear is one of the most powerful and dangerous emotions one can experience because it can make us say and do irrational and often harsh things.

The tragic events of last Friday is something that many people, including myself, cannot ignore. Yet another attack occurred in Melbourne’s CBD, on Burke St. where an innocent and beloved member of the community was brutally attacked and murdered by another man with terrorist links.

I share in the community’s pain and send my thoughts to those who were affected by the devastating loss.

In saying that, I refuse to let this tragedy strike fear so deep that it clouds my judgement.

I don’t have any facts or figures. I don’t know all the answers or have any ideas on how we are supposed to respond to and prevent things like this from happening again in the future.

But what I do know is that ignorance and hate is not the answer. In fact, it is counter-productive.

From my limited experience in this world, my guess as to the most appropriate response right now is to educate ourselves. We have so much access nowadays to technology that allows us to research facts and to inform ourselves. We should be using this abundance of resources for good.

We often fear the unknown, so it would only make sense that if we can get clear on what the facts are, what the truth is behind all the stories or the media, we can begin to eliminate the unproductive and limiting emotion of fear.

Once we get past our fear, we can begin to think straight and come up with a rational and fair solution. One that does not cause harm to other human beings unnecessarily.

Now I know what you are thinking, it’s not our job to come up with a solution. And you would be mostly right. In times like this, particularly with the upcoming state election, we look to our leaders to give us the answers.

There is quite likely going to be a major focus on public safety in election campaigns now, with the clear parallel to Friday’s tragedy. It would be unsurprising that many Victorians will be asking, who is going to keep us safe? That is fair enough.

But I only ask of you this…

When you listen to the way any politician responds to this public safety crisis, try to set aside any biases or political affiliations and really ask yourself; who is this person protecting? Is their response rational and based on the truth?

I know it’s a pretty big ask and perhaps I am naïve in my approach. But remember, fear is a powerful and dangerous emotion, and if we give into it, the consequences can be even more distressing.

Finally, I want to add that Australia is a big country. It’s a beautiful combination of so many different nationalities and cultures. One of our greatest assets is our multi-culturalism. But it doesn’t matter what country a person has come from, it doesn’t make them any less Australian.

It’s a really disappointing moment when one person from a particular community commits such a heinous crime. But what makes it worse is when we let that one act define an entire community.

It’s okay to be angry, it’s okay to mourn a loss. But we mustn’t let fear seep in. Let’s pick ourselves up as a more unified community and think of a rational solution.

And let’s not forget the importance of kindness and compassion towards our fellow community members.