On Monday was International Day of people with Disability. Woo!

I have to be honest I never really took notice of this day until this year. I wrote a blog post a few weeks ago about the Disability Pride Wall in Footscray. I talked about how disability pride was not something I was familiar with. Though now that I am, I was truly excited about this upcoming day that was dedicated to celebrating exactly that; disability pride!

I was also excited because for the first time I would be participating in a couple of events this year.

Firstly, I had the privilege of teaming up with two amazing young women Stella Barton and Rosie Jenes to do a half hour radio special on 3CR community radio.

First of all, I want to thank these ladies for letting me participate in this experience. They are truly inspiring, not to mention lovely young people and I can’t wait to work with them more in the future.

It was my first ever radio experience so as you can imagine I was super nervous. I had only met with these girls once before the show for what turned out to be a very short meeting (I was half an hour late). Then on the day of the live show, I was late again through absolutely no fault of my own. I had organised everything and then my taxi was half an hour late to pick me up, so I was late for the first 10 minutes of the show.

I was so annoyed but that is the very frustrating reality of people with a disability having to rely on others (e.g. taxi drivers) to get from A to B.

Anyway, I got there in the end and despite it being a very quick 20-minute chat, I was still extremely glad to be there. The girls were very kind and understanding. Though I do want to add, I am not the girl who is always late. That’s what Stella and Rosie probably know of me so far, but I assure you I’m actually a pretty organised and punctual person. Like I said, hopefully we will have more opportunities to work together.

For those of you who missed our show at 1:30-2:00pm on Monday the 3rd of December, the three of us basically talked/vented about disability access. We covered access in school, public transport, shopping centres and footpaths. We named the show “Bin day” because we shared the common grievances of trying to drive down the footpath in our wheelchairs and being blocked by the bins that are often knocked over on bin day.

I was surprised and also grateful that I learnt that the three of us shared many of the same experiences when it came to disability access in the world. Despite this being an unpleasant reality, it’s still good to feel like you are not along in the struggles you face in the day to day. Thank you again to Stella and Rosie for letting me share a little of my story as well as letting me learn a little of yours.

I now have to give a huge shout out to the woman who brought the three of us together and who organised the entire line up for 3CR’s International Day of people with a Disability; Naomi Chainey. I got in touch with Naomi through one of my old high school teachers because I wanted to know more about journalism. Then, out of the blue I get an email from Naomi asking if I wanted to be part of a radio special talking about disability access.

I never thought I would get into radio, but I said yes and there I was, happy as can be; just to be a part of something new and exciting but also important. Thank you Naomi for thinking of me in this project and I am sure this isn’t the last I’ll see of you. 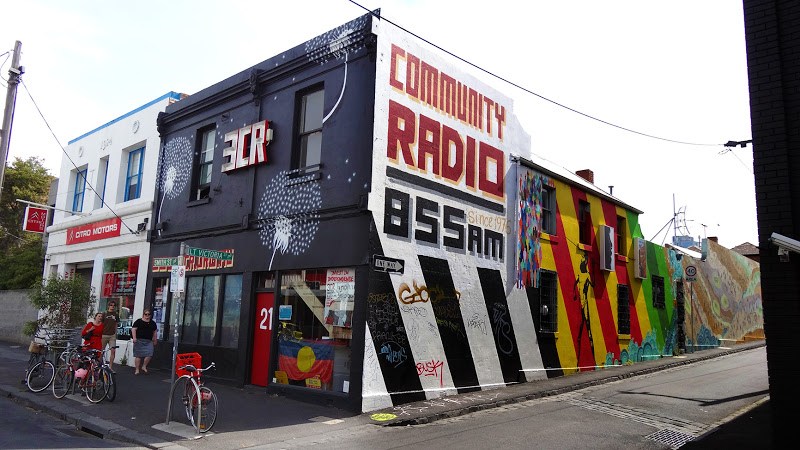 At 6 o’clock that evening, I took a taxi in to Carlton with mum where we attended a talk given by Carly Findlay. I’m a huge admirer of Carly Findlay. She is a writer, speaker and disability activist. She’s most well known for being an advocate for appearance positivity. Carly has written for multiple publications and appeared on the ABC series called: you can’t ask that. She recently finished writing a book called Say Hello which is set to be released in January next year. I’m so excited to purchase that!

I briefly wrote about Carly in another blog post earlier this year as she was the woman behind the Melbourne Fashion Week runway: Access to Fashion, which featured a bunch of models with all different types of disabilities. I really loved this idea because it encourages the message of disability pride and appearance positivity and it’s also about trying to knock down that wall of assumption placed on people with a disability. I think this is one of Carly’s greatest achievements and I hope that she does it again next year, so I can go and see it.

I have to be real, I had built up this event in my head and imagined an auditorium sized room – to be honest I pictured a TedTalk. And I figured that Carly was going to be far away and it would be very difficult to meet her. Boy was I wrong!

Firstly, it was just a small room. It was still a good turn out, but nothing like a TedTalk – though I’m convinced she could still do a TedTalk, she’s that good. As for Carly, well, she was right THERE. I mean right there in front of me when I walked in. She was sitting in the front row facing the front of the room. She said helloas we were coming in and I don’t even know if she heard me say hello back. I usually sit in the front row, so I can hear and see everything, but I had to wonder if I could sit next to her. She offered to move so that mum could sit beside me, but I politely declined. I mean, that’s Carly Findlay, she doesn’t need to move! I was sitting right next to her. I could literally read her text messages (not that I did) and I just didn’t know what to say to her. I couldn’t speak. It was so weird. I’m weird, aren’t I?

I guess I just built it all up in my head and then I made the very obvious discovery that she’s just another human being. She’s a woman with a disability who writes and speaks and spreads wisdom and I’m the one who needs to chill the hell out.

Monday’s talk was all about ‘Amplifying voices’. Carly focused on encouraging those with a disability of any kind to share as little or as much of their story so that we can better educate others and help to reduce the stigma surrounding disability. I found Carly particularly inspiring because she too is a writer who has her own blog. She touched on the importance of knowing your worth and not working for free. She also mentioned a few other inspiring disability rights activists and other avenues that we as writers ourselves can take in order to get our story out into the open.

I didn’t say very much to her at the end. I don’t know what I said actually. I did give her my blog address so she’s probably going read this and think I’m a total weirdo. I hope that I can meet her again someday, though. I’d like to have an actual conversation with her and remember to take a damn photo of my own! 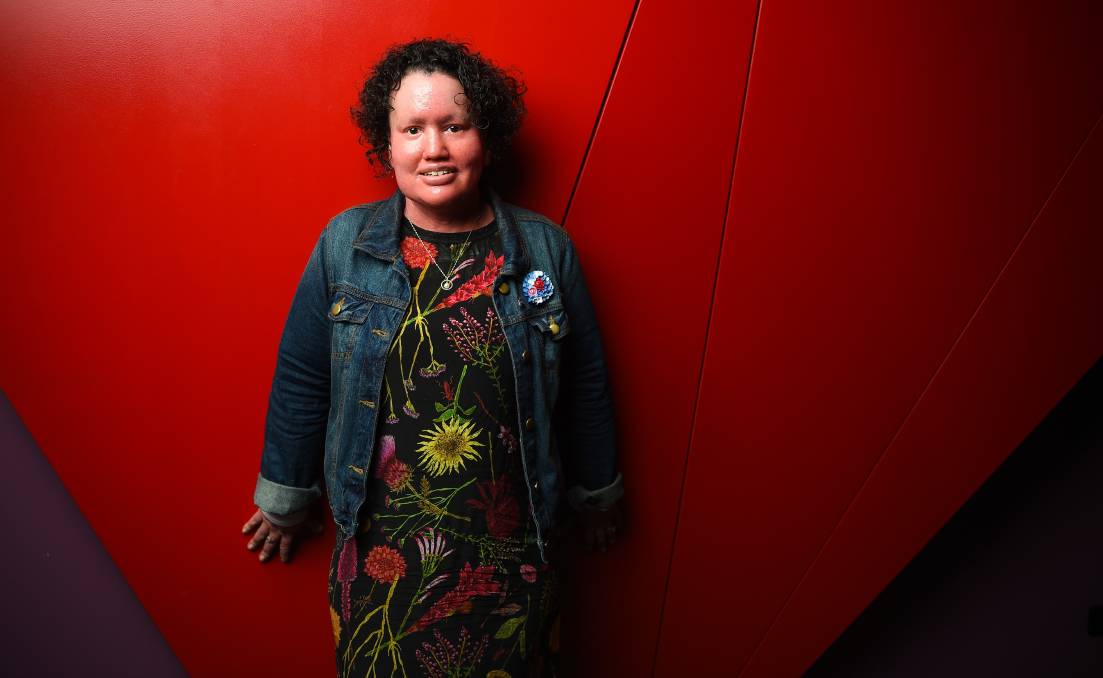 For now, I’m inspired to keep writing and to keep sharing my story.