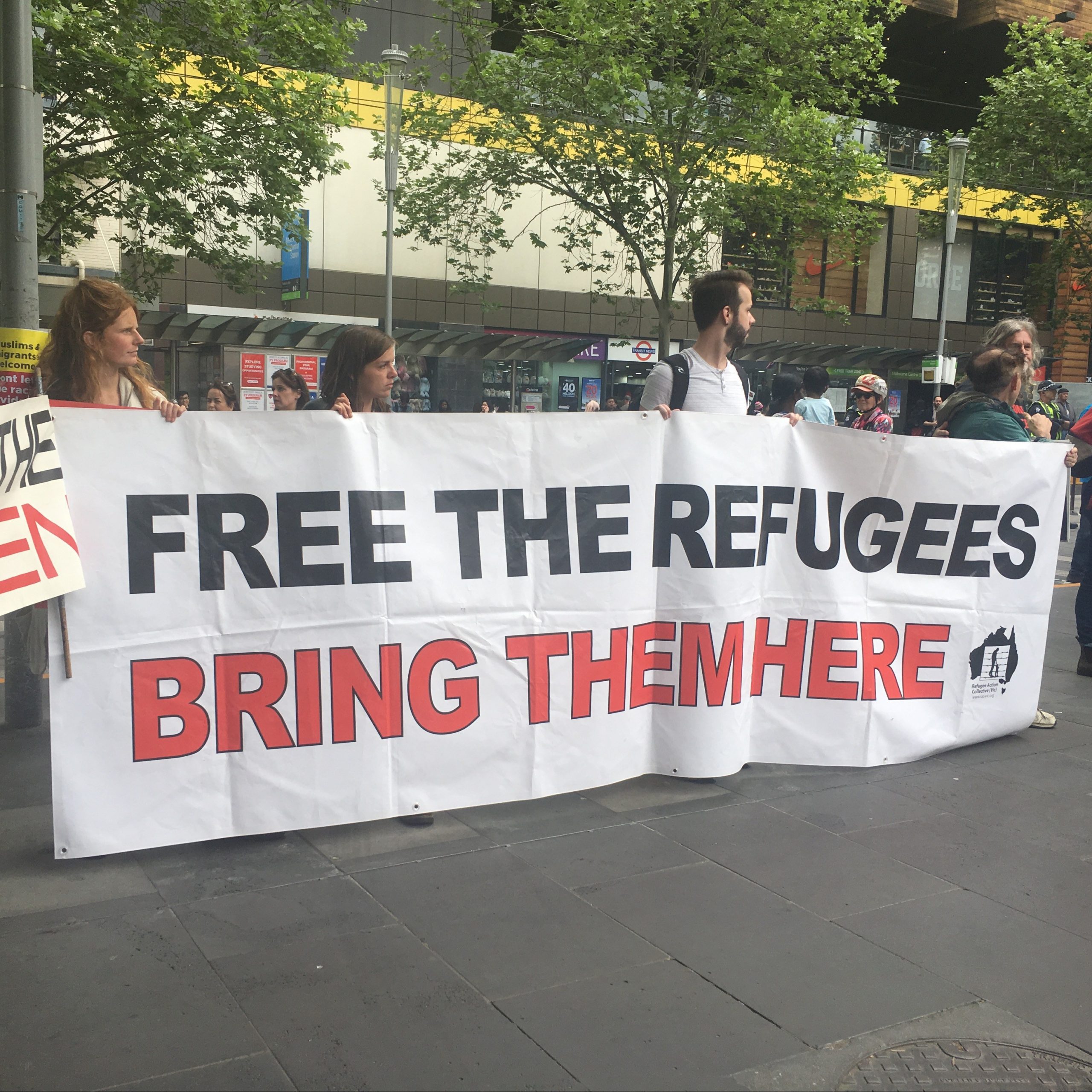 Imagine your home is blown up. You find your entire neighbourhood, what was once a sanctuary to all your family and friends, is now in the midst of a warzone. You have no choice but to flee with nothing but the clothes on your back. Along the way you lose friends and loved ones and maybe even get separated from your family. It doesn’t matter who you are or how old you are anymore (you could be as young as 10, maybe younger). Suddenly you have to make the ultimate leap of faith to jump onto a crowded leaky boat which is set to sail across treacherous seas to a foreign land where you have no idea what will happen to you next.

I can’t even handle the thought of such an ordeal, and yet this is the reality of so many men, women and children who reach Australian shores, seeking asylum.

But what does the Australian government do? Direct them to Manus island or Nauru where many are forced to live in detention centres for years under such inhumane conditions that many would rather die than wait a second longer for hope of any future.

One of the biggest humanitarian crisis’s happening in the world right now and it’s happening under the Australian government’s watch.

On Saturday the 27thof October, Victorians travelled from far and wide to gather in the streets of Melbourne. They protested against the inhumane treatment of refugees and asylum seekers on Manus and Nauru detention centres, and to bring those refugees to Australian soil where many will need desperate medical attention and care.

As speaker; Craig McGregor from Victorian Allied Health Professionals Association pointed out, it was so wonderful to see such a diverse group of people all rallying together. 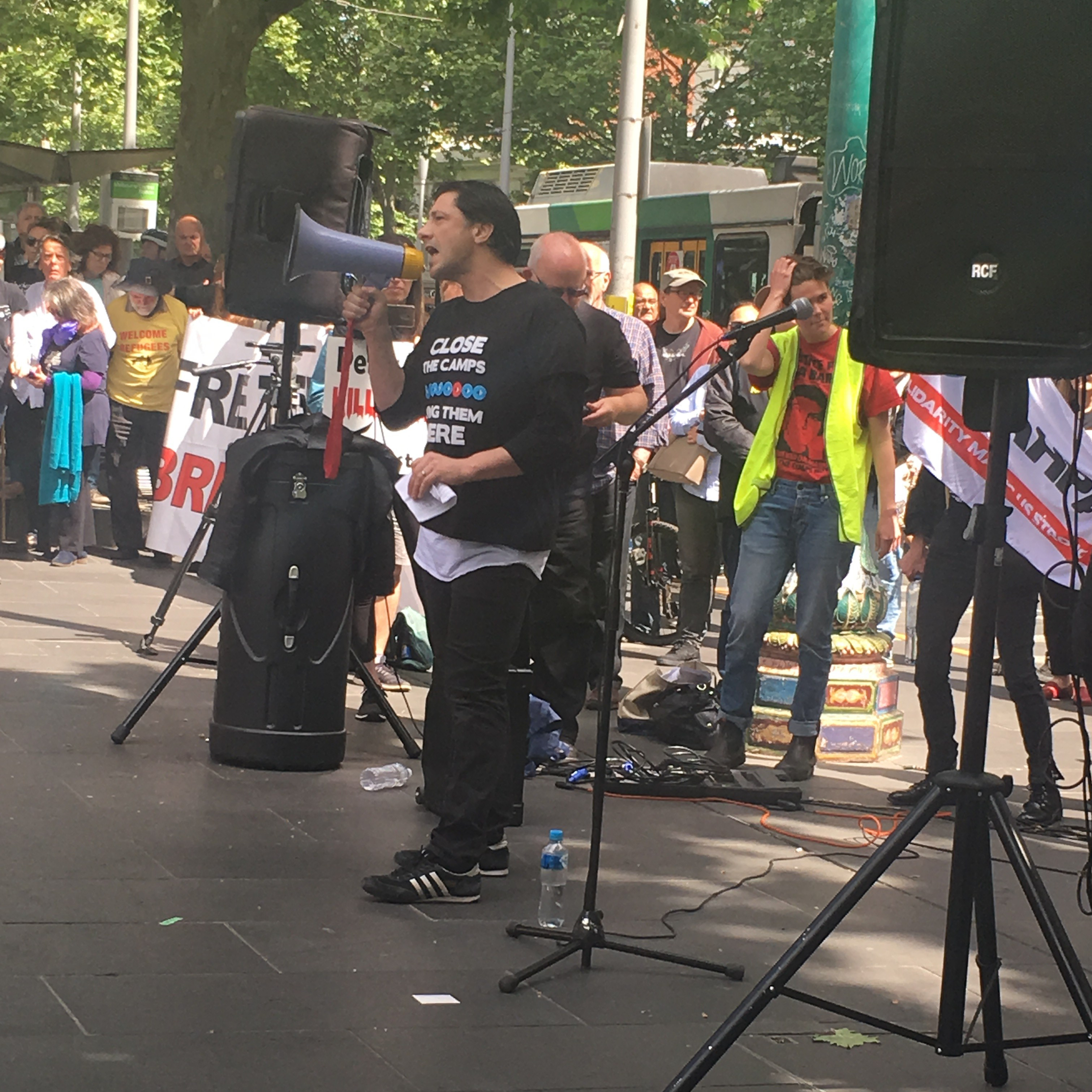 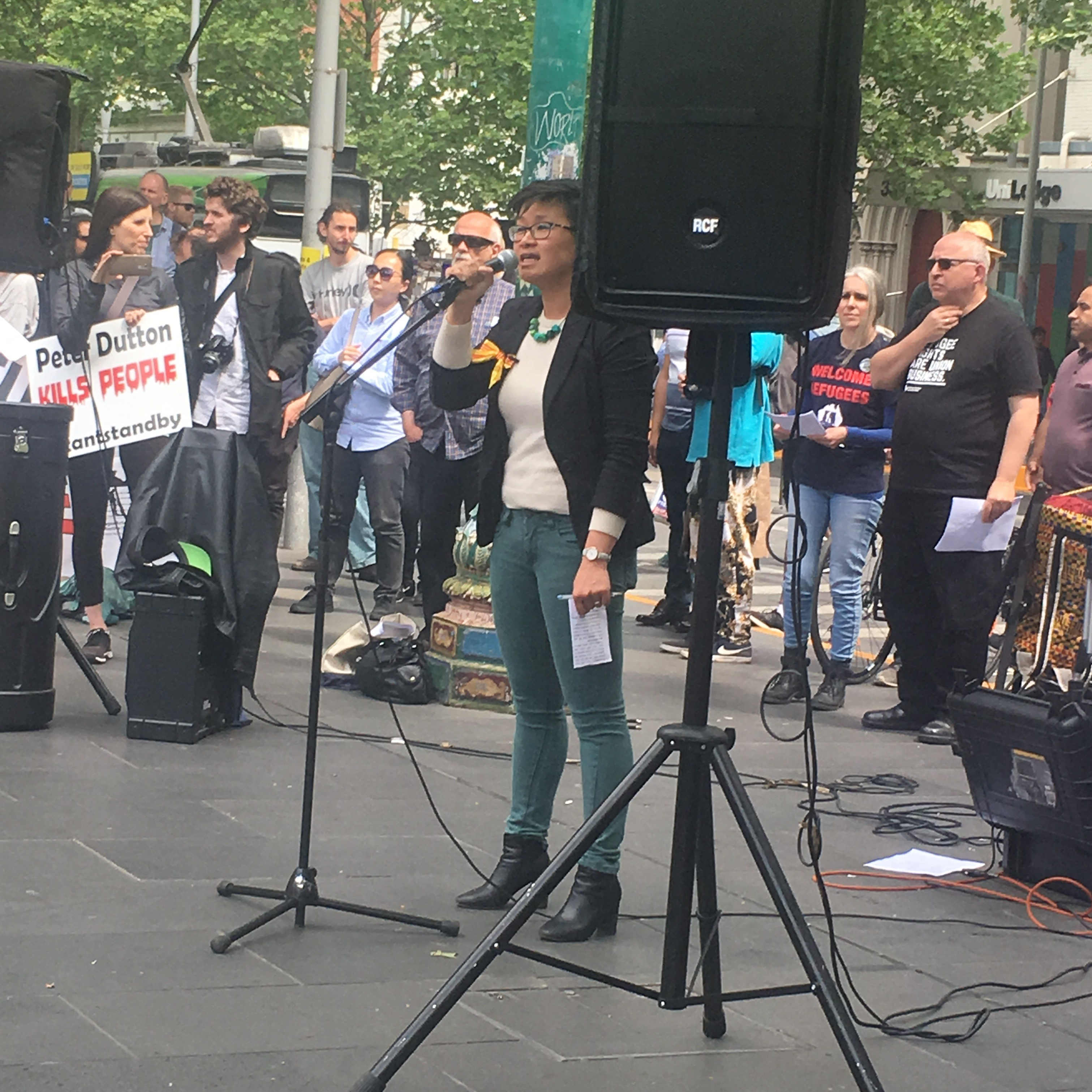 Groups in attendance included VAHPA, the Refugee Action Collective, Queenscliff Rural Australians for Refugees, Teachers for Refugees, the Australian Greens party and so many other unions, refugee movements and human beings. Everyone had one thing in common, one purpose, and that was to fight for the rights of refugees to seek asylum in Australia.

“We need action. We need to move away from this state of limbo,”

It’s extremely disappointing that even in 2018 we have to fight against senseless people like Morrison and Dutton to help those who are in desperate need, those who are sick or in life threatening danger. It’s even more embarrassing that it is public knowledge that the Australian government is responsible for further damage to quality of these human being’s lives.

Housing is inadequate and food supplies are limited. Men have banded together to smuggle food into the camps during the night.

Medical care is almost non-existent. It was reported just a few weeks ago that a Chief Medical Officer was deported from Nauru after she dared to speak up about the severe health conditions of some of her patients. Instead of viewing this as a chance to do the right thing, the government saw this as a political threat.

Many doctors and nurses have done the same both here and on the islands. Yet, the government has often ignored the advice of healthcare professionals to bring refugees here. For all the times Morrison has brought refugees here for medical attention, it was not without intense campaigning by these doctors and very desperate conditions of patients.

Not only are people suffering horrific illness and disease, many suffer mental and physical abuse from the officers running these ‘prisons’. This of course contributes to further and very serious mental health problems with horrible consequences. People are already desperate, lonely and hopeless as it is. But on top of that, reports of brutal assaults, sexual abuse, self-harm attempts, and child abuse have been made public.

“You ask yourself how we can be in a situation where children are resigning themselves to death under the so-called protection of the Australian government,” – Refugee Action Collective, co-chairman; David Glanz. 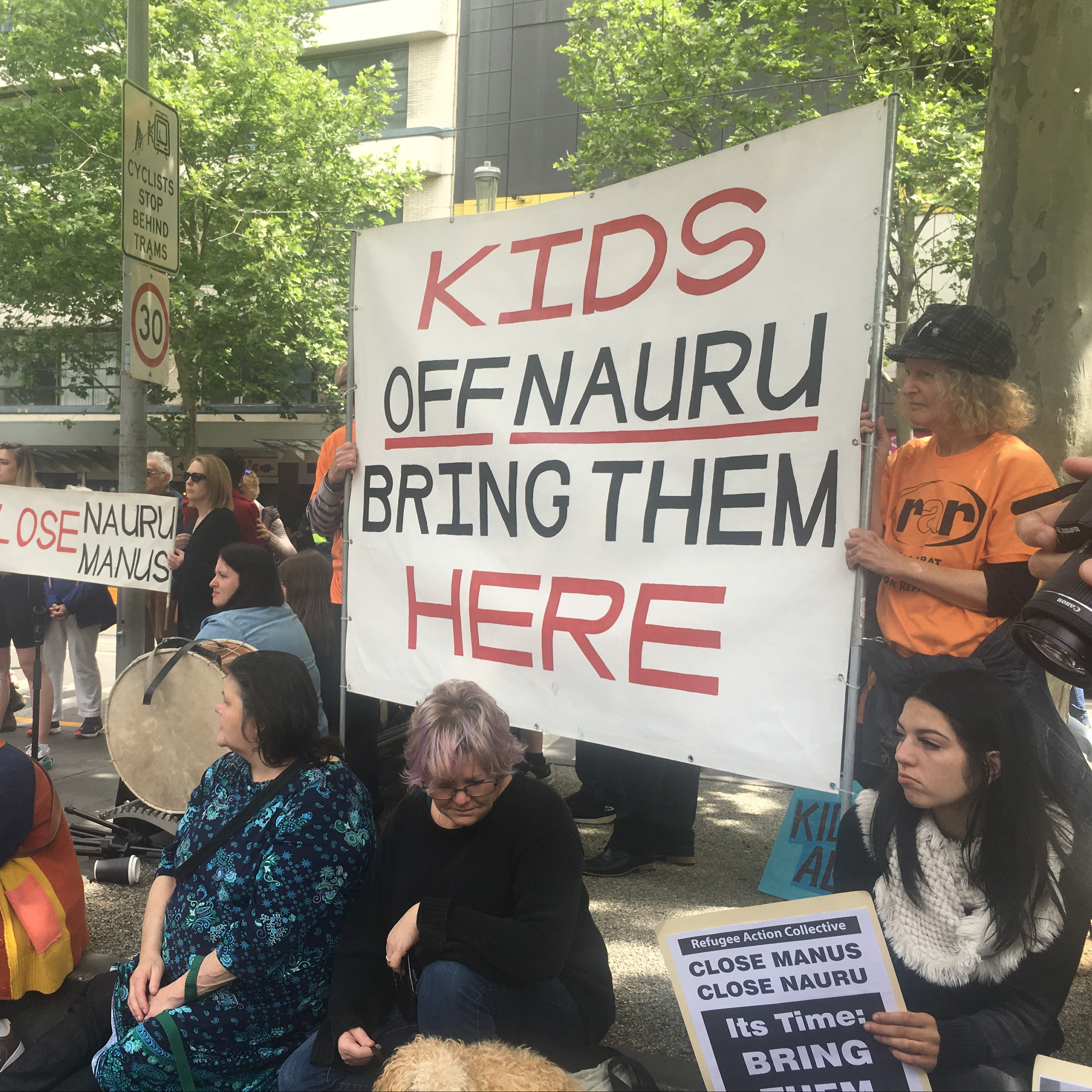 Twelve people have died in immigration detention on Nauru and Manus Island since 2014.

That’s twelve too many!

These conditions are absolutely horrendous and completely inhumane. Yet this is what our own Australian government, what our Prime Minister Scott Morrison and our immigration minister Peter Dutton, is allowing to happen to these people.

And just to put this in perspective even further, the atrociousness of the mode of transportation that these people resort to (i.e. crowded leaky boats) just to get out, is indicative of how awful the situation is in their home country. You ask of those people, why risk your lives at sea like that? Well, guess what? It’s better than the alternative!

But of course, given the current state of affairs, I think many prospective refugees are starting to question even that much. Australia is losing its reputation of being generous and accepting towards refugees and is now becoming the subject of international distain and condemnation.

It’s things like this that make me so ashamed to be Australian. We are responsible for the modern-day concentration camps motivated by pure racism and political evil. SHAME!

We all know the government’s objective is simple; to treat these people so poorly so that word gets out to people back home and this acts as a deterrence for anyone coming here by boat. It doesn’t matter what we do to the people who are already here just as long as nobody else comes along.

Australia should not be a country that is divided by hate or racism. The fact that this is still happening is truly disgraceful. I’m not so naïve that I think we can eradicate racism or hate all at once, but I do know that behind these two things lies ignorance. The sooner we begin to understand the very simple concept that we are all human beings in this world who deserve to live a happy and healthy life, the better off we will be for it.

We can start by educating ourselves and getting involved in causes or actions like the rally for refugees to stand in solidarity with our fellow human beings. 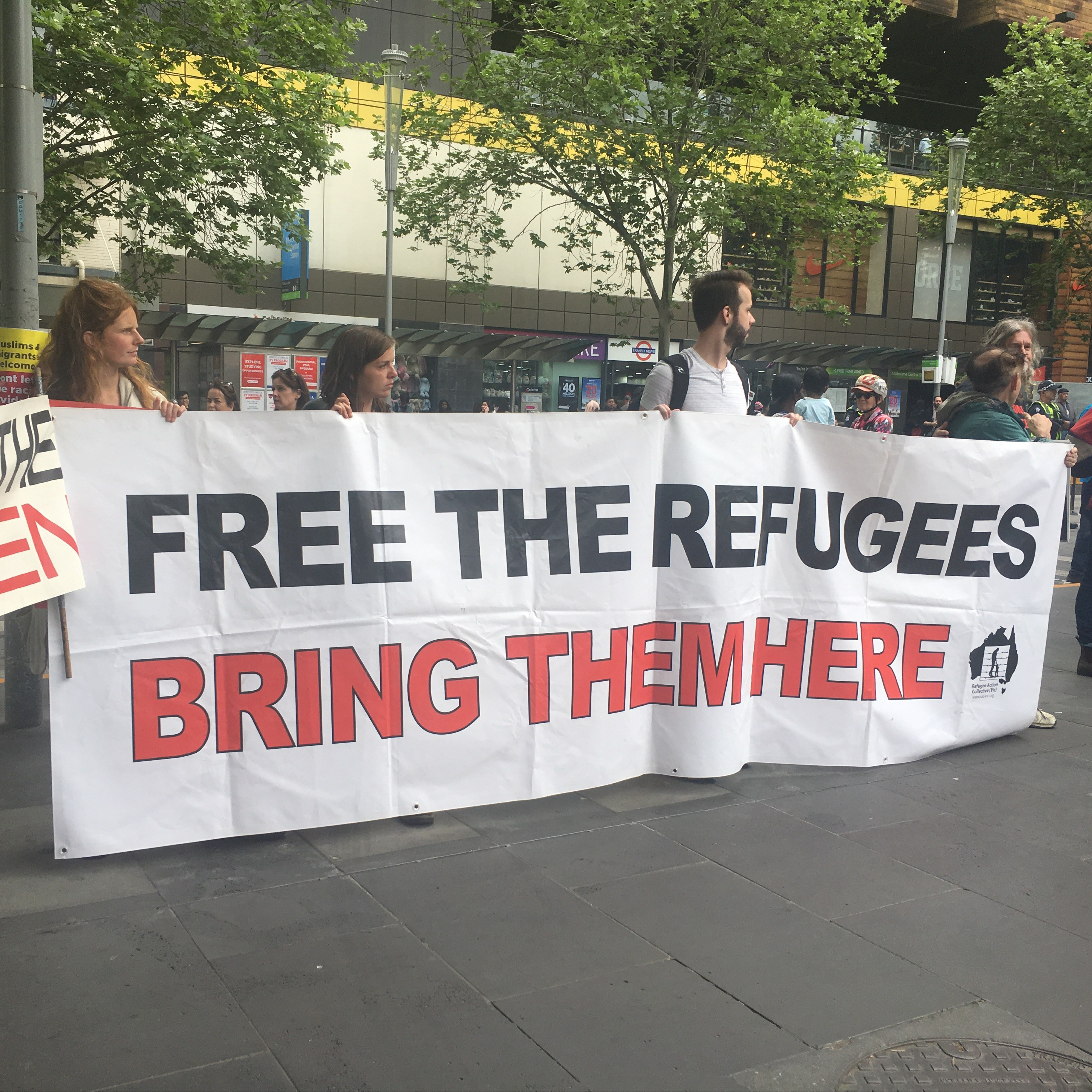