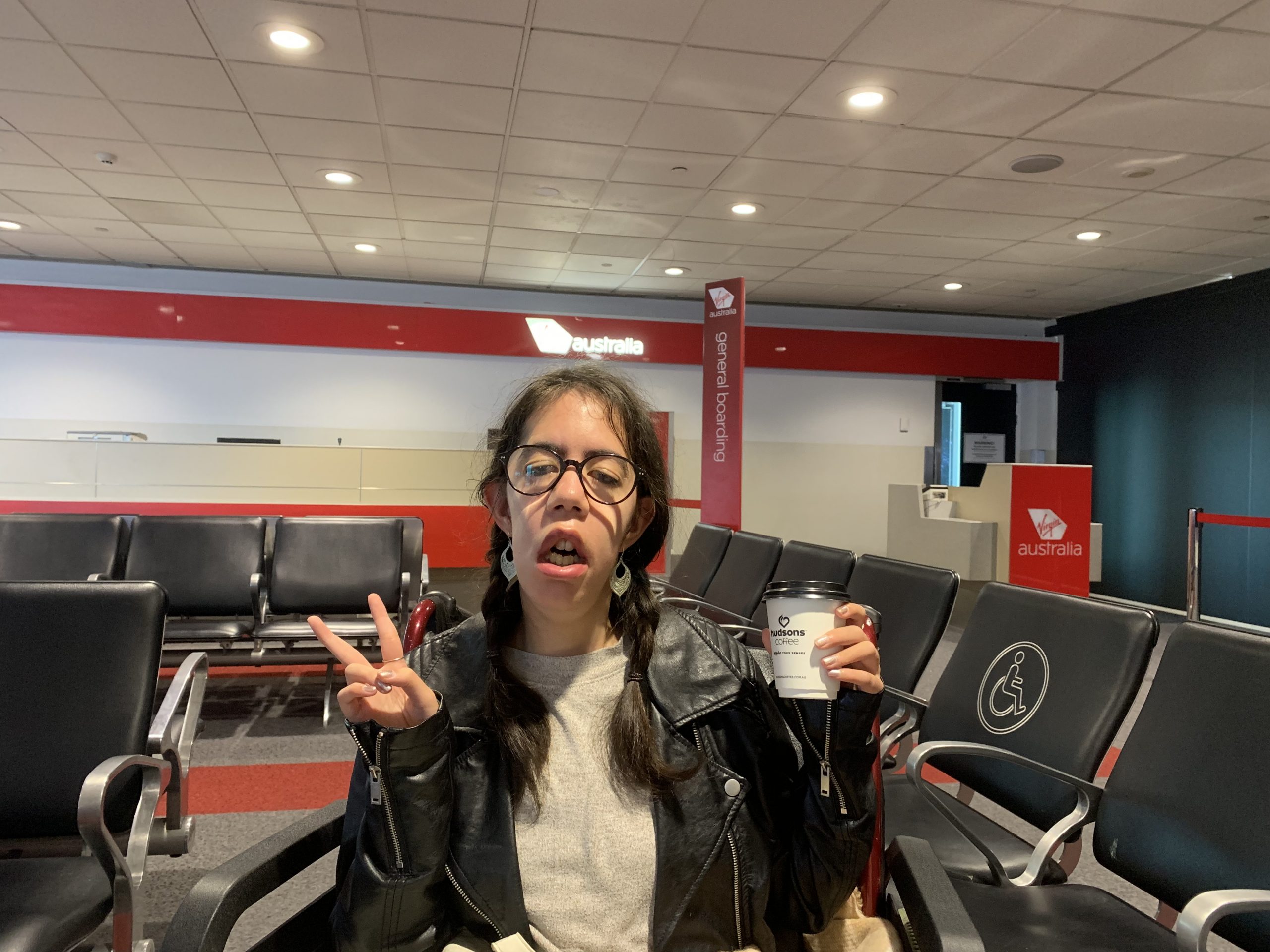 Canberra is going to be a blast!

So how’s this? Right now I’m on a plane to Canberra. We touch down in just an hour. I have to say, I’m not as energetic as I’d like to be. That doesn’t mean I’m not super excited… it’s just been a long day.

I thought I had prepared for the worst case scenario. That my plane could be cancelled did not even cross my mind. Yet here we are. It’s almost 6pm. I was supposed to be there an hour ago and having dinner with my cousin. I’m a little disappointed in that regard. It’s not much of a first day. Not too many photo ops, thats for sure.

I’ve got a “going home” kind of vibe going on right now because of the night sky. This is usually the time I get flights back to Melbourne when I’ve gone on holidays with my family in the past. I guess that’s two differences this time round. No family and it’s a late flight out.

Yes, this isn’t a family holiday! It’s my first solo trip (plus my friend/PA, Hope), ever! And yeah, I’m beyond excited!

I know it’s Canberra, but also… it’s Canberra! People are never excited about Canberra, always going on about how cold it is, especially this time of year. I also keep hearing that it’s a hole in the ground? But you know what, I have never been anywhere other than Queensland (and once to Tasmania) in my entire life. Canberra is the capital, where politics is at and everything’s happening as far as my interest in journalism is concerned. To me, it’s super exciting. Maybe I’ll run into Andrew Probyn from ABC or the PM Scott Morrison. A girl can dream (haha).

Most importantly, my cousin lives in Canberra as well. I’m looking forward to seeing him and hanging out with some of his friends. I’m going to meet him soon for dinner and we might do a few things together over the next few days.

Wow that flight was short, already preparing for landing. I’ve got so much planned for the next few days and I’m super excited. Canberra is going to be a blast!

I think I used the phrase “super excited” one too many times, but screw it. It’s late and my vocab is running low.

Plot twist…. they left our luggage and MY WHEELCHAIR in Melbourne. Oh geez!