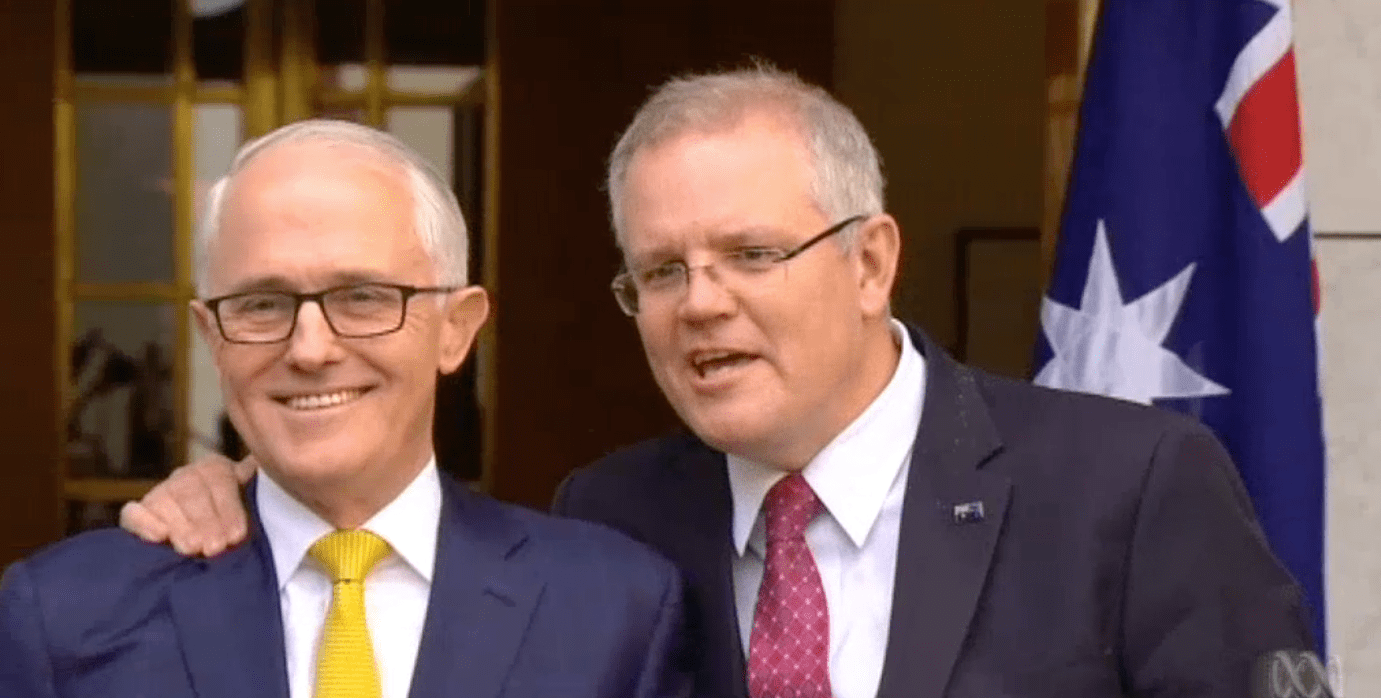 Could not have put it better, senator Di Natali!

I’ve been contemplating since it all began on whether or not I should post my thoughts on the recent leadership spill. I’ve been back and forth and I’m very aware that I’m about three weeks late to the game. But ultimately, I was inspired by the words of Greens senator Richard Di Natali in his speech which has now gone viral.

If you haven’t already seen it, I will leave a link down below. It’s definitely worth every second.

I don’t need to remind you that Australia has witnessed yet ANOTHER change in prime minster. The 5th, in fact, in the last 5 years.

The leadership spill that happened about three weeks ago was one of the biggest political scandals we have seen since the Barnaby Joyce incident. It’s the kind of thing that has journalists both shaking their heads while simultaneously smashing away at the keyboard. And I’m not gonna lie, this leadership spill was very intriguing to me, too.

Why? I hear you ask.

Well, the Liberal Party, one of the “big three” political parties in Australia has just committed an act of suicide.

Now, I am not saying that Malcom Turnbull was an angel. heck he had a lotta flaws. But the Liberal Party, by attacking their own leader, by forcing him to call a vote for the prime ministership, they caused a whole array of chaos where allegations of bullying within the party were mentioned, coupled with the fact that the party showed no faith in their leader, meant that the general public got to see just how disunified the party really is.

And I just want to add, that while the liberals are not always switched on, Mr Turnbull has spoken some of the wisest words I have heard him speak throughout his entire leadership, saying;

“Australians will be rightly appalled by what they’re witnessing in their nation’s Parliament today and in the course of this week,” Prime Minister Malcolm Turnbull.

The reasoning to the sudden vendetta against Mr Turnbull, was as many speculate, he was not right wing enough. Yep, the conservatives were not happy-chappies. The man had to go, thus now leaving the gaping divide between the conservatives and the moderate liberals.

Here we all thought that we were about to be plagued by the prospect of a Peter Dutton prime ministership, when out of no-where, along comes Sco-Mo! swiftly taking his former leader’s place as the 30thPM of Australian.

Gee, and talk about a quick change of heart. I seem to remember this little piece of gold.

“This is my leader, and I am very ambitious for him” – Scott Morrison

This was literally the day before Scott Morrison announced he would be running for PM.

But I guess that’s the way the cookie crumbles. What we always knew was; whoever was to end up as PM would have the task of repairing the divided relationships within the party and what a task Mr Morrison has ahead. Especially with all the resignations from front benchers during those first few days.

But now onto the good news for us Victorian voters. Elections are a couple months away and all this chaos will have been for nothing anyway. Remember when I said the liberals had committed suicide? Well let’s just say they are going to have a hell of a hard time convincing voters that they are both trustworthy and stable enough to be representing us even at state level…. Yeah good luck with that guys!

Bad news is; even though, since Malcom Turnbull’s resignation, the liberals now have the same number of seats in the Federal lower house as labour and the independents combined (if they were to lose that seat to another party in the bi-election, they would no longer have the majority in the lower house, meaning the labour and other parties could elect a new government all together), this is still very unlikely due to the fact that Malcom Turnbull’s seat of Wentworth is very much a “liberal seat” – if ya know what I mean (psst, bourgeoisie).

But enough with all that crap, right? How bout’ what Mr Di Natali said in the senate?

In all serious, the whole leadership scandal is a disgrace and an embarrassment to this country. Never have we seen such selfish and petty behaviour by Australian politicians. As Richard Di Natali put it, the liberal party should be ashamed of themselves!

The truth is there are so many critical issues that need to be addressed both within our own country as well as internationally. I could not have put it better than the Greens senator himself.

With that said, I can agree with many of you on the fact that we are glad the spill is over… for now.