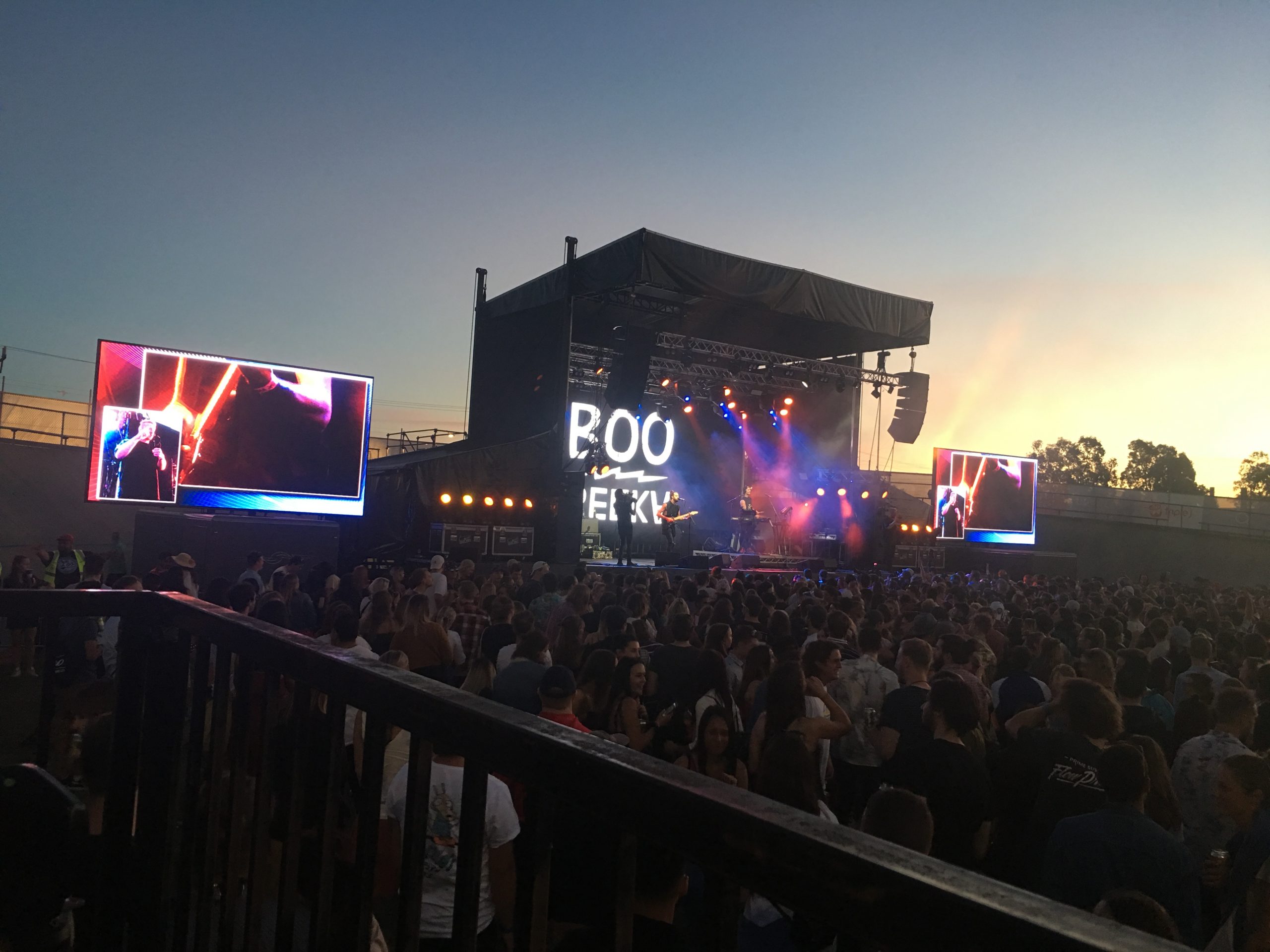 ATTENTION FOLKS! I went to my first music festival on Saturday, but it wasn’t just any old music festival. You’re gonna wanna hear about this one.

Have you ever felt out of place? Or like you don’t belong? Have you ever felt like nobody was able to cater to your needs because they just didn’t understand what it was like to be you? Perhaps you have felt this at a party, a concert or yes, a music festival… Well I can assure you this is a feeling experienced by most people with a disability.

Without meaning any offence to anybody without a disability, I do think sometimes people take for granted some of the daily abilities that they have, particularly surrounding going out. 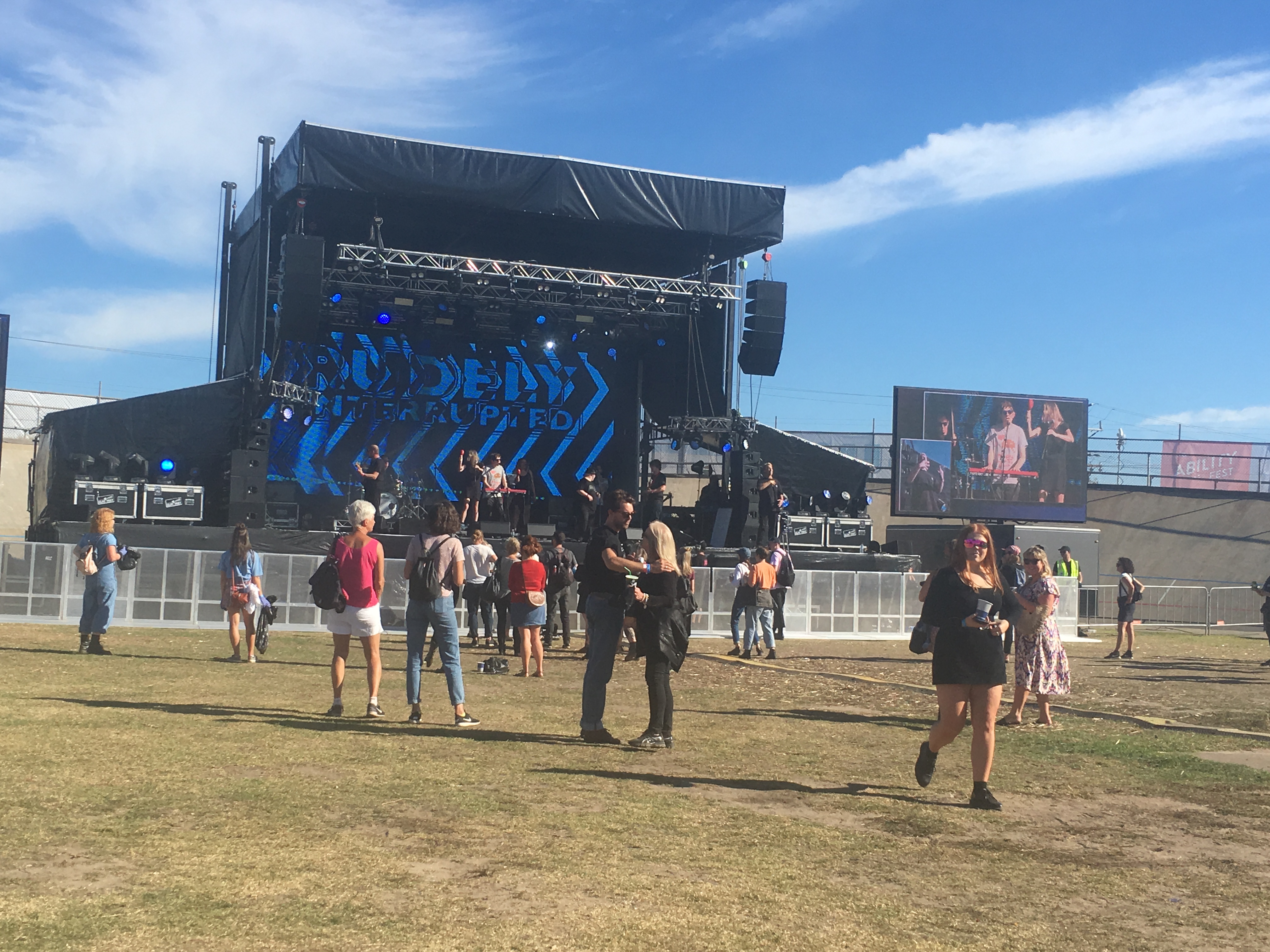 What do you do on a Saturday? You jump outta bed, get dressed and get all done up. You catch an Uber or public transport to that concert or festival. You run around with your mates and dance till your hearts content with a beer in one hand and perhaps a broken iPhone screen in the other. Yeah girl, I see you.

Oh, and don’t worry, by no means am I blaming you for any of this. I know the obliviousness is not out of intention or malice. I’m also not complaining or claiming that my life is any harder than yours. We’re all different, and we live and deal with life we were given to the best of our ability. I am only bringing this to your attention for the purpose of this article.

An Australian Paralympic Gold Medallist by the name of Dylan Alcott would tell us that about a year ago he had the incredible idea to throw a music festival that catered specifically to the needs of people of all kinds of disability. (Dylan himself is in a wheelchair).

As so was born, the music festival that is Ability Fest

Ability Fest was held this year for the very first time, on the 7th of April. I had literally found out about this three days beforehand (thank you to my aunty who told me about it). I was immediately intrigued by the idea when I came home on Wednesday arvo, and purchased my tickets within an hour. I went on Saturday to my first music festival with my best friend – my sister; Rosie-Star. It was perfect weather for a day out and the event kicked off at 2:00pm. 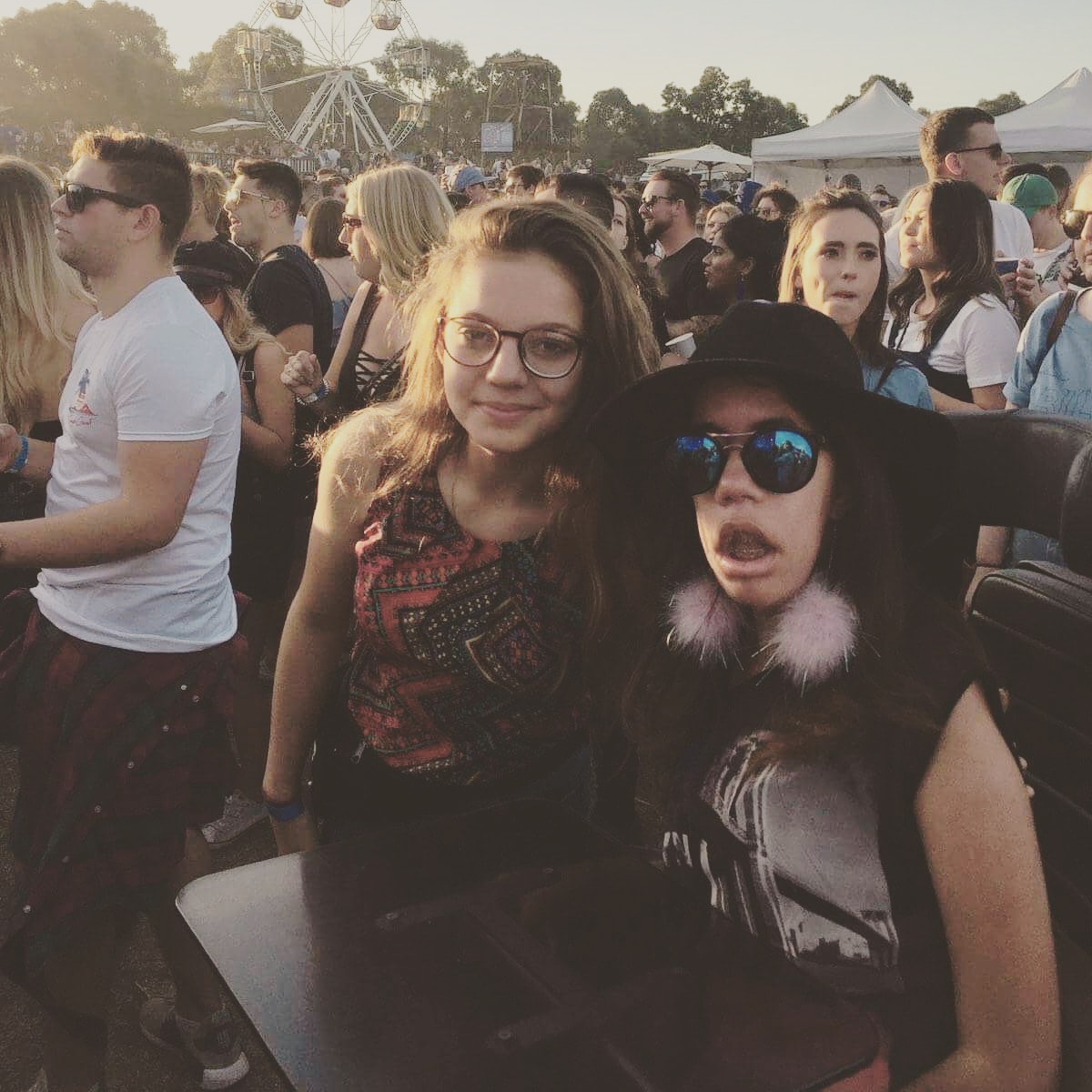 There were stalls, food trucks and two stages – the ‘dance stage’ and the ‘ability stage’ – oh I forgot to say earlier; when purchasing the tickets, they ask if you have a disability. Then there is a list of options on what type of assistance you need. E.g. an elevated platform, ramps and pathways, disability bathroom, a companion, even an AUSLAN interpreter. I mean they seriously thought about this!

The ‘ability stage’ was the one with the most access complete with an AUSLAN interpreter at the side of the stage. The giant screens were on either side to make viewing easy for everyone.

I’ve always loved being part of a crowd. It makes me feel like I’m a part of something much bigger than myself. And if this festival wasn’t already awesome enough, all the proceeds from the event went straight to the Dylan Alcott Foundation which was set up by the man himself to help fund young people with disabilities in achieving their dreams.

All the artists performed free of charge, including BOO SEEKA, Kingswood and Flight Facilities. There was also a charity soccer match at 3:00pm. But I reckon the best part about all of this is the overall inclusive vibe. Everyone who attended could access everything easily, and even those with a disability seemed to display an overall sense of kind and friendliness towards each other. – I met Elle and another girl named Jen, and we dance and sang our hearts out. 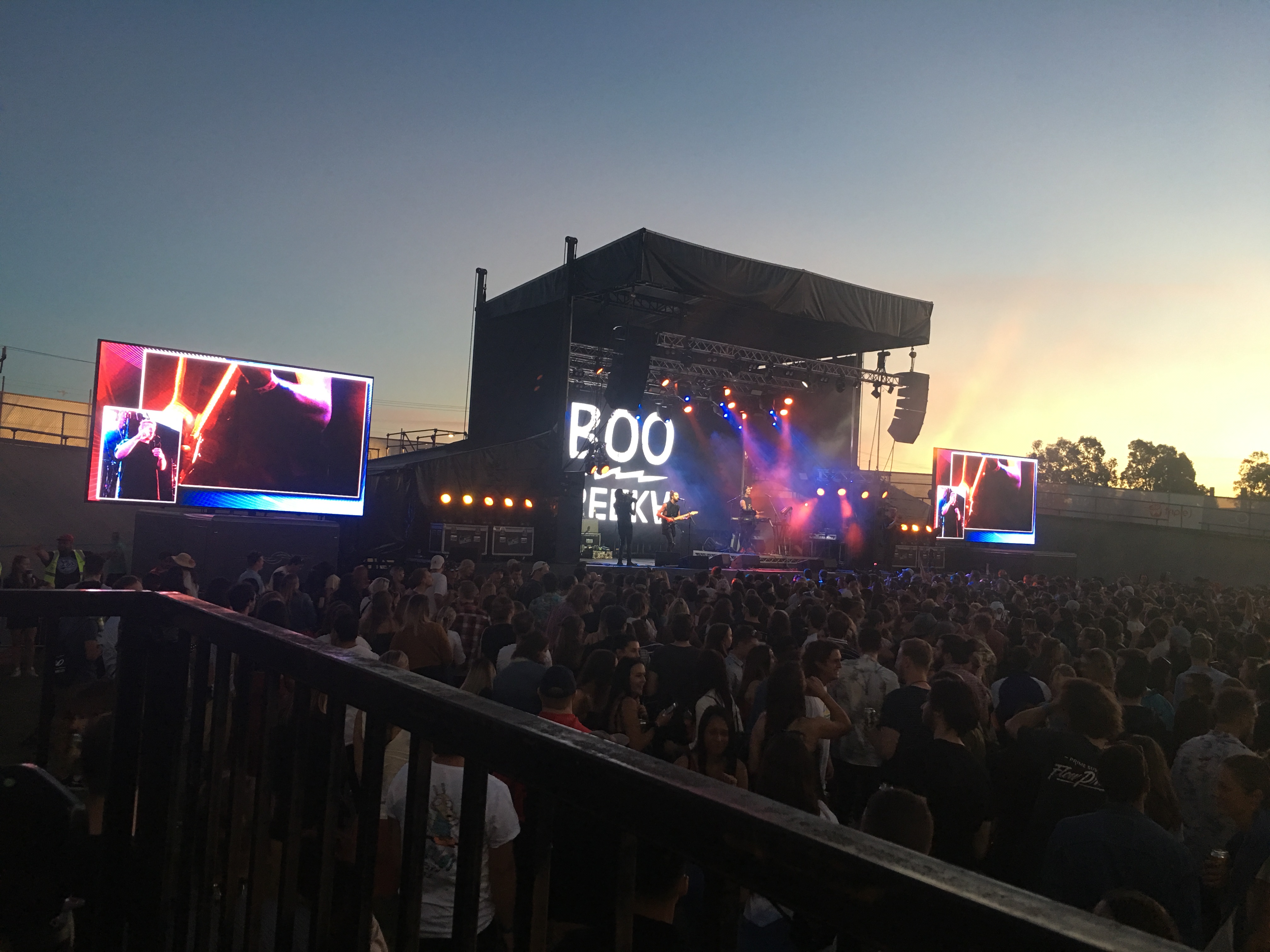 I think the overall message was that it didn’t matter what your disability, race, sexuality, or whatever background. Everyone there was the same. Everyone deserved to go out and have good time without disadvantage. Having a disability is normal and this is about crossing the bridge between able and disabled to a point where we don’t see the difference.

Along with this message at the end of the night, Dylan got up on stage and announced that we had raised over 200k. The first grant was given to a young 8-year-old boy in a wheelchair who’s dream it is to play tennis like the pros. It was a beautiful end to the night.

His last hope is that this festival will set the example for festivals all over the world that it’s not that difficult to make sure the facilities are accessible and inclusive for all, no matter who you are. The festival was such a success that it will now become a yearly event.

“You fuckers better come back next year!” – Dylan Alcott.

And dammit, I will. 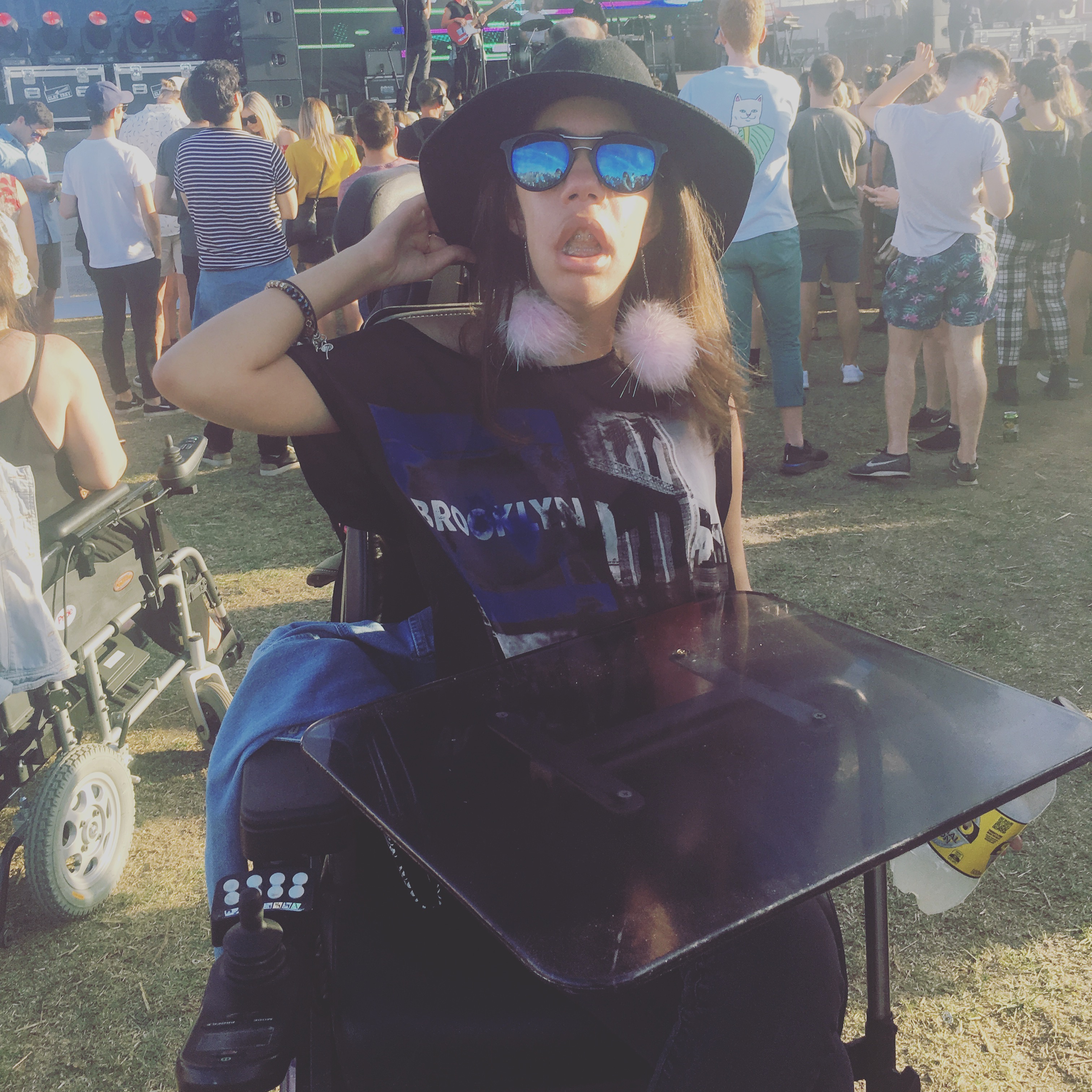