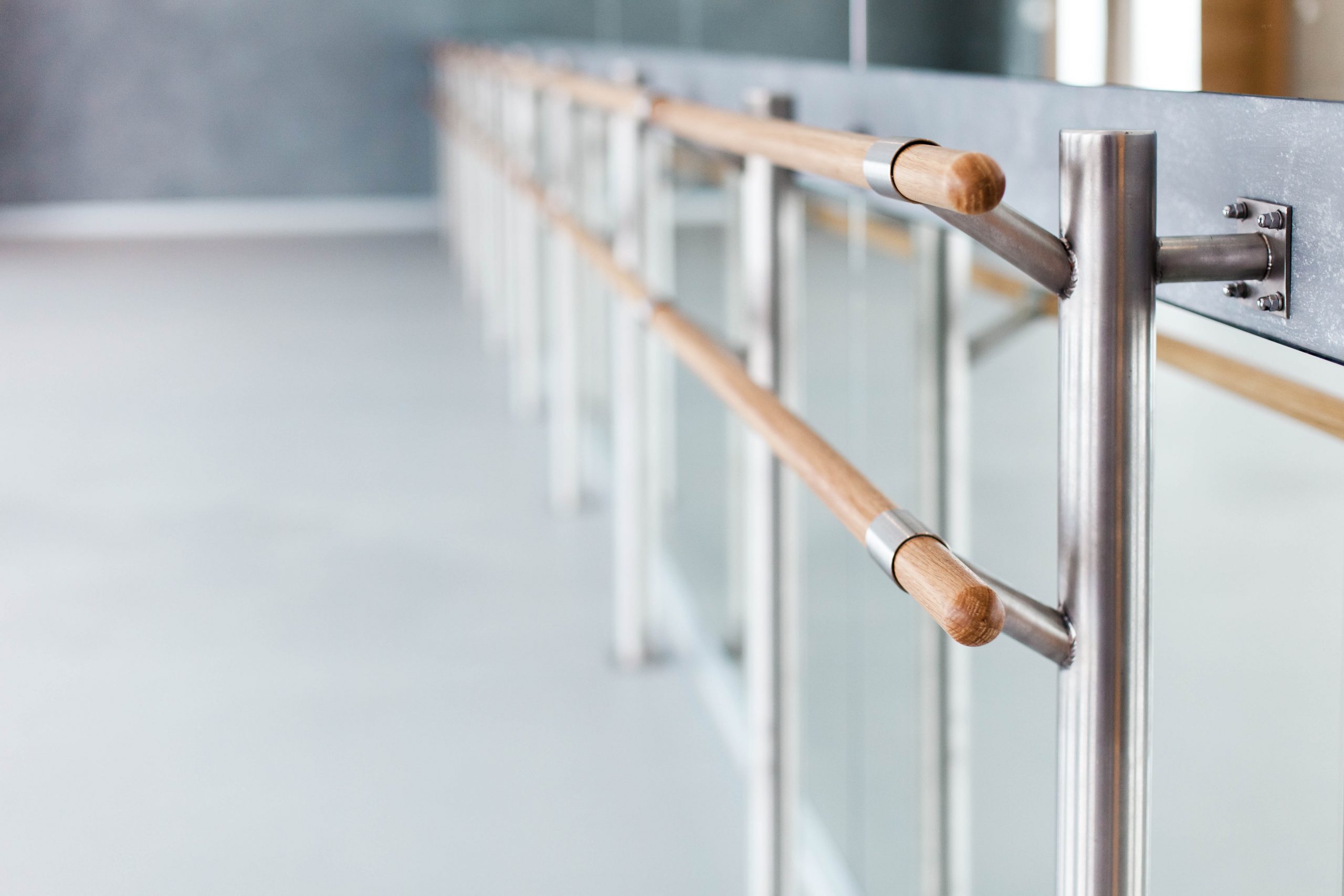 Dancing through a crisis

My mum and I pushed our way through two big swinging doors of an old brick building. It’s a hall, one room, no mirrors, but the walls are lined with windows letting in plenty of sunlight. At the back of the hall is a small stage not big enough for performances. Behind the stage is an adjoining room with a kitchenette; where mothers would gather and chat until their kids were finished, class. Other than the chairs stacked in the corners, a few storage closets, and the toilets; that’s pretty much all that makes up Deer Park Hall.

My first day at Dance Explosion was both exciting and terrifying. At just 7 years old in 2006, I was walking, but my mobility was still somewhat compromised. I had met Miss Wendy already and knew she was kind. My new teacher-led me over to the group of girls gathered in the middle of the room and we all sat down in a circle. She introduced me, briefly explained my condition and I learnt everyone’s names. The introduction was warm and welcoming. Then we stood up to begin the first exercises.

14 years later, I’m sitting at my laptop, talking to Wendy through a zoom call. By now we have become close friends. I ask about life and how she’s been coping with all the changes. “Oh Clauds,” she sighs. I remark at how I’ve never seen her office, and she picks up her laptop to show me the interior. Wendy tells me about how she’s had to move furniture around in her house to set up an at home studio. Her desk resembles the chaos of a working woman. She tells me her son Tarik, who has just moved back in, is working in the next room on editing videos.

The history books will tell you that 2020 was the year of Australia’s black summer bushfires. The year of the COVID-19 pandemic. The year that George Floyd was killed at the hands of police, global protests.

The pandemic in Australia has taken 102 lives and almost a million livelihoods. It’s been dubbed “The Great Recession of 2020”. The devastating economic impacts on small businesses are compounded by the fact that the arts sector would be among the hardest hit.

Wendy Russell-Clarke is a dance teacher and business owner. Her short hair is reddish-brown. She wears glasses and a warm smile. Not only does she have a heart of gold, but Wendy has also built herself a successful business with her best friend Nicola Hynsen. A business now under strain.

In the early 1970s, Wendy met her friend Nicola at Heydon and Lowden Ballet School in Croydon. Like many little girls, they dreamed of becoming ballerinas. Their first concert together was in 1972 when Wendy played a young Bambi and Nicola played a beautiful butterfly. 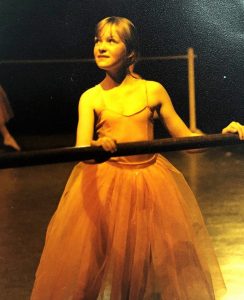 When the girls reached their early teens, they soon fell into the same classes. They completed their dance exams and went on to start teaching classes at the age of about fifteen. 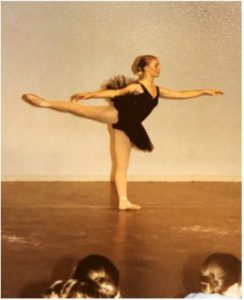 Wendy and Nicola also got jobs teaching classes at other studios, however, what they really wanted to do were perform. They started auditioning for short-term gigs, doing floorshows for different events or venues. Eventually, Wendy landed a job with a company at the age of seventeen.

“We both ended up travelling overseas with different companies, and dancing. Often those contracts might be for maybe three months, maybe six months at a time and then you’d come home in between. That’s the way a lot of dancers worked at the time,” Wendy explained.

Wendy and Nicola’s work would take them to places like Japan, Singapore, Korea and Malaysia. Suddenly, the dancing world became much bigger than that little school in Croydon.

“It was, it was so much fun, Clauds,” Wendy told me, beaming.

Wendy and Nicola had friends from their local dance school, most of whom had become professional dancers. A group of them decided to get together and start putting on their own floor shows. The group did a few gigs here and there; performing at nightclubs, parties or other commercial events. The girls would have conversations about shows they’d done previously for other companies. “Some of them were good, some of them were not so good”. Comparing notes like “we can do better than that.”

In that spirit, they thought “why don’t we take our own show overseas”. They all agreed that they loved working overseas. 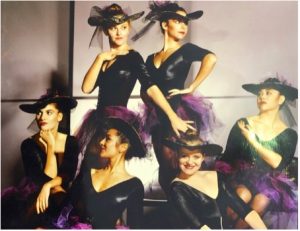 Wendy spoke of a restaurant in Singapore called the Neptune Theatre which “back in the day”, was one of the biggest theatre restaurants in the whole of south-east Asia, seating something like 17 hundred people. It was right on the marina in Singapore and the weather was beautiful.

This was just one of the many places the new Dance Explosion company now performed overseas. Wendy and Nicola ran the company; organising gigs, choreographing routines and performing.

When Wendy and Nicola started having families of their own, travelling became less of a priority. “I didn’t wanna necessarily be travelling. I’d gotten married. Nicola was with her partner and to be away all the time was just not so good”. Instead, they continued to audition and manage dancers abroad from their homes in Australia.

In 1993 the two women took over their old dance school. Thus, was born the very first Dance Explosion studio in Croydon. 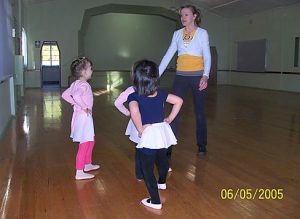 Over the coming years, the two women would acquire three more studios. Preston (est. 1997) which later became Reservoir in 2008. This became the headquarters of Dance Explosion. Balwyn and Deer Park were established in the early 2000s.

The four studios have all been running successfully ever since.

“The thought of that at the start was so overwhelming. I had my tears and I had you know, tantrums and all of that because I wasn’t sure how I could do it. I had all the ideas, but I didn’t know how to [implement] them.”

Unfortunately, Wendy refers here not to managing her expanding business but coping with the lockdowns as Victoria declared a state of emergency early this year.

Like many businesses that went into turmoil after the lockdowns, I expected Wendy’s initial fears to be money-related. I knew for sure the revenue cuts would have sparked huge anxiety. Struggling with technology was a key issue as they decided to pre-record videos for each lesson but, I learned that Wendy’s primary concerns were her students and maintaining teaching quality.

The teachers had to adapt quickly like other schools but so did the students.

“I hope that we, by keeping the online classes that we’ve kept our little Dance Explosion family together by still offering them a service.”

Wendy said she was also worried about money. Wendy and Nicola had decided to cut fees in order to accommodate the many families who by now had lost income. Unfortunately, some of the studios that they occupy are leased and they continue to pay rent despite their decrease in income. Aside from fees, Wendy and Nicola gain income by selling concert tickets and DVDs (each studio holds two concerts a year). The mid-year concerts were of course cancelled. One positive was that both Wendy and Nicola qualified for the Job Keeper allowance, but it is distributed between their 21 staff members.

Wendy acknowledged the great hit to the arts sector as a whole. Dance schools themselves do not receive any funding and many companies and venues have had to close their doors with no alternative streams of income until they’re allowed to reopen. The ABS released new statistics showing that 53% of small arts and recreation businesses have now closed their doors. The government announced a $10 million contribution to the performing arts industry. Though this is unlikely to reach those who need it most such as small businesses like Dance Explosion. The arts sector is already notoriously underfunded, and it seems in a time of crisis, it has become even more invisible. “It’s disappointing,” Wendy says.

But all Wendy can focus on now is her students. “I believe that dancing for the kids or the young adults, whoever it may be, is really really important. Not only for their physical wellbeing but their mental health.”

“All my dancing family, like students and staff, I miss them so much. Like it brings tears to my eyes if I even think about it. You just don’t realise how much you miss seeing people on a weekly basis that you have been… for so long, for so many years. So, I miss just the banter and the camaraderie that the classes hold even though at times we can be tired, and I can feel like people aren’t, maybe aren’t working really hard in a class one day. That all just seems hearsay.”