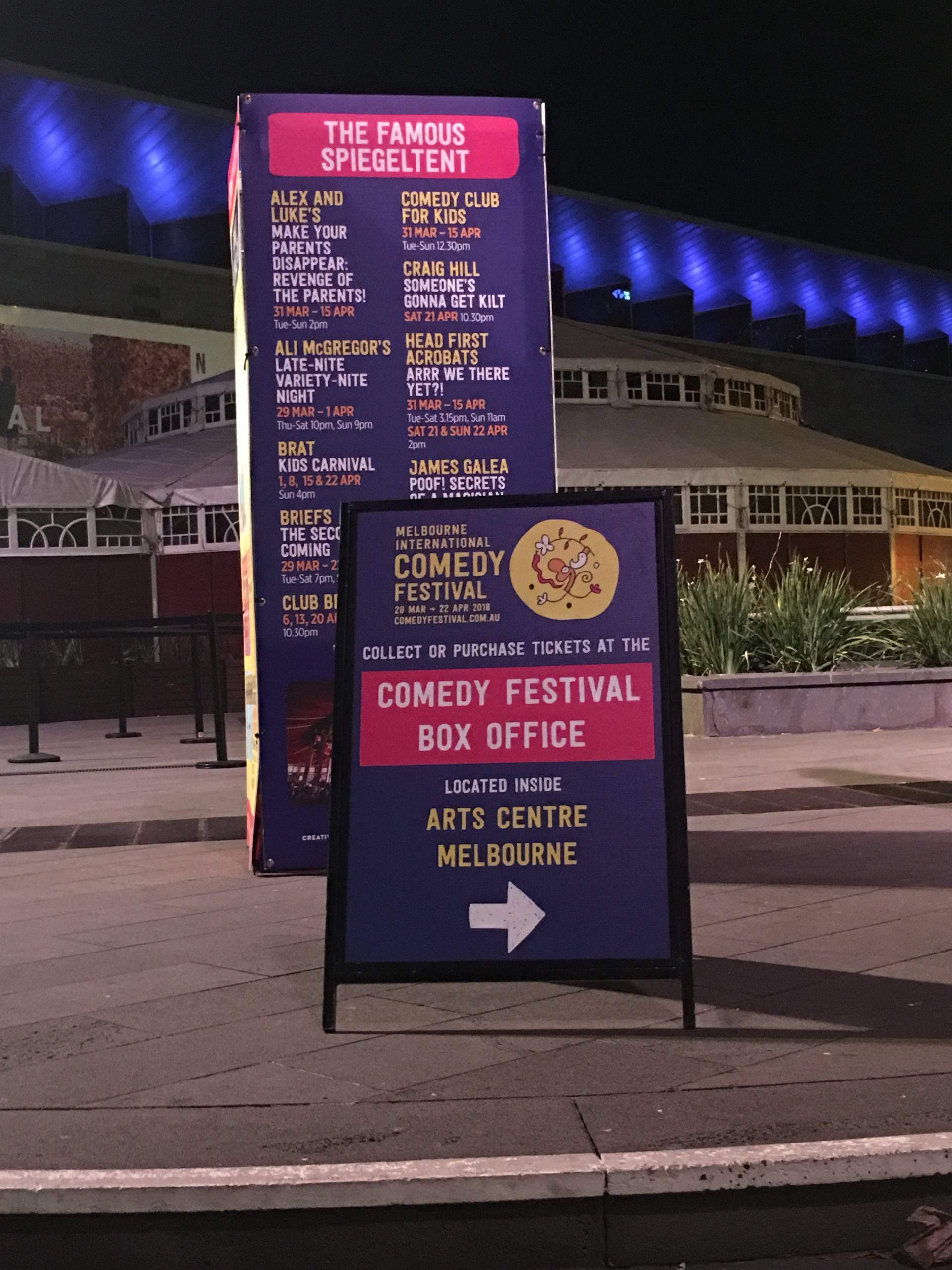 Need something to do this month? What about a stand-up comedy show? 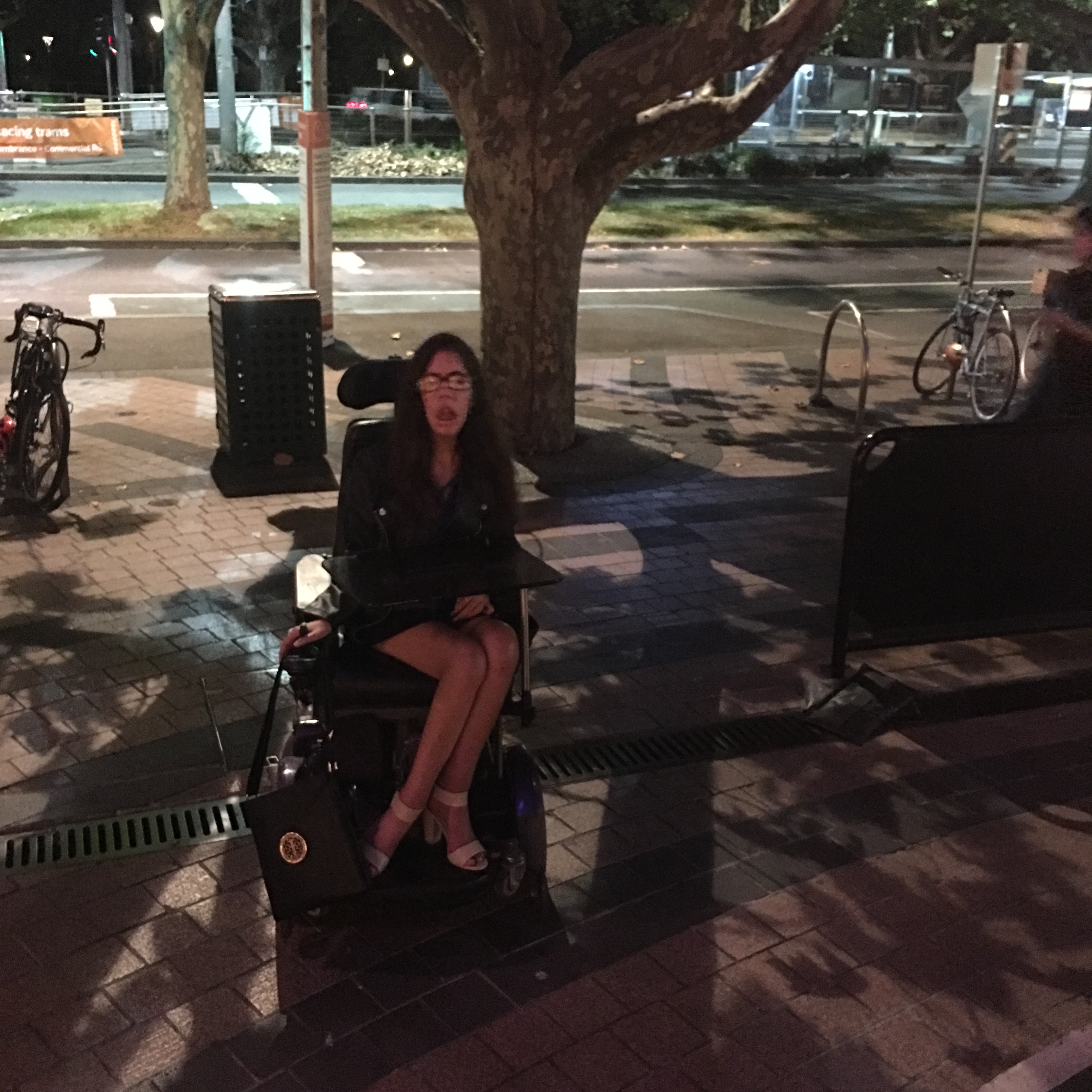 Probably one of my favourite times of the year (next to Christmas, of course), is the month of April when the Melbourne International Comedy Festival is in full swing.

The bright yellow and purple flags of the MICF are raised high above the crowds. Posters advertising comedians new and old line the outside of venues, bulletin boards and sidewalks. New comedians are standing outside venues, passing out flyers to attract an audience.

The music and laughter in the streets. And at night after the shows, pubs, clubs and bars are spilling out with people not ready to end the night.

I’ve always loved the city with the crowds, the bright lights, everything bustling and busy. But there’s something in the air when the comedy festival is in town and I reckon while special, it’s no surprise. 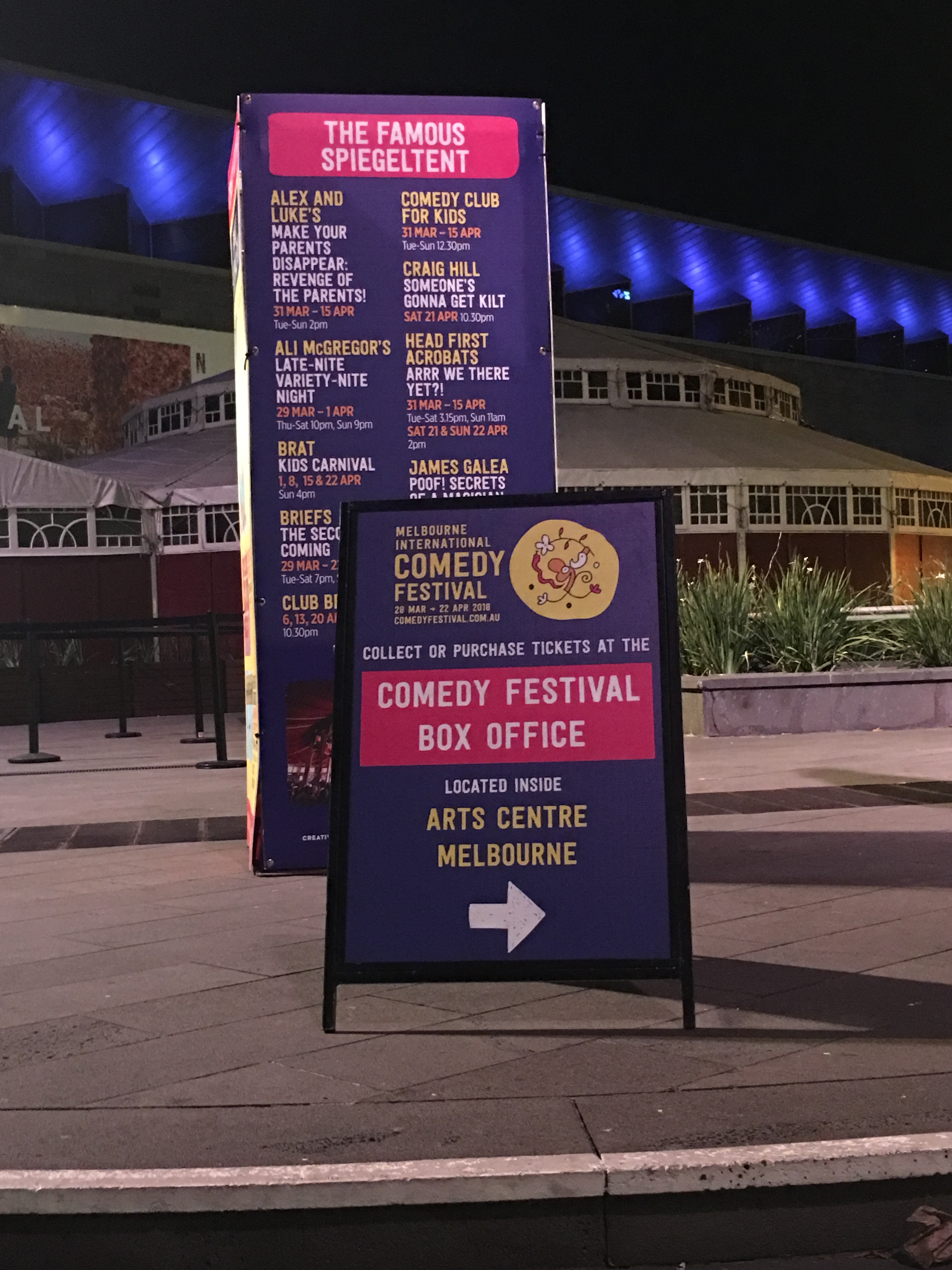 Stand-up comedy is the only form of entertainment that’s sole purpose is to make people laugh and not enough people understand the value of such a wonderful art form. Studies have shown that not only is laughter good for the soul, but it actually does tremendous things for our health.

Laughter releases happy endorphins that instantly boosts your mood and wellbeing, so I thoroughly suggest seeing at least one stand-up show. Take some mates or hell even your family members for a good night out in the city.

If you need a recommendation, Arj Barker (whom I have seen twice now), is an American comedian who seems to have made a name for himself here in Australia. His shows tend to sell out and trust me, it’s no surprise. His comedy is relatable and even sometimes inspiring. Arjy will have you in stitches! 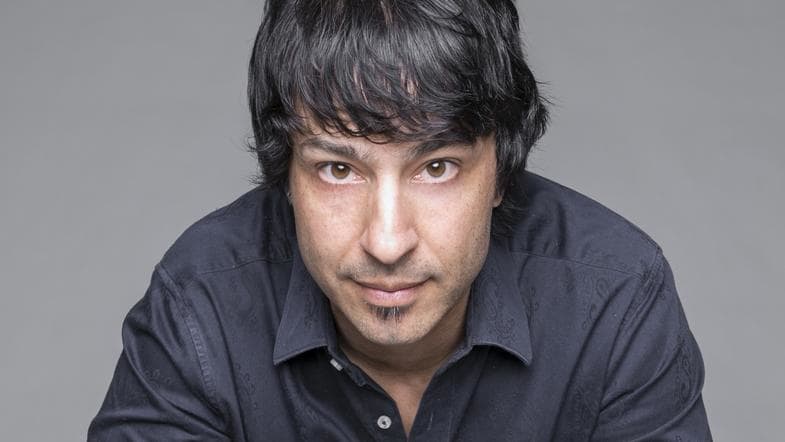 For the younger audiences, you could also try out Joel Creasy. Starkly different to Arj Barker, Joel is an Australian comedian whose goal in stand-up is to ‘get famous’ and enter into as many celebrity feuds on twitter as possible. He’s a vibrant diva that will have you shaking your head while simultaneously clapping your hands.

The Melbourne International Comedy Festival is a fantastic event that runs from the end of March and all through April. With acts of so many different kinds from across Australia and internationally. It’s the perfect way to spend your holidays or weekends. Just go to at least one show and I promise you won’t regret it! 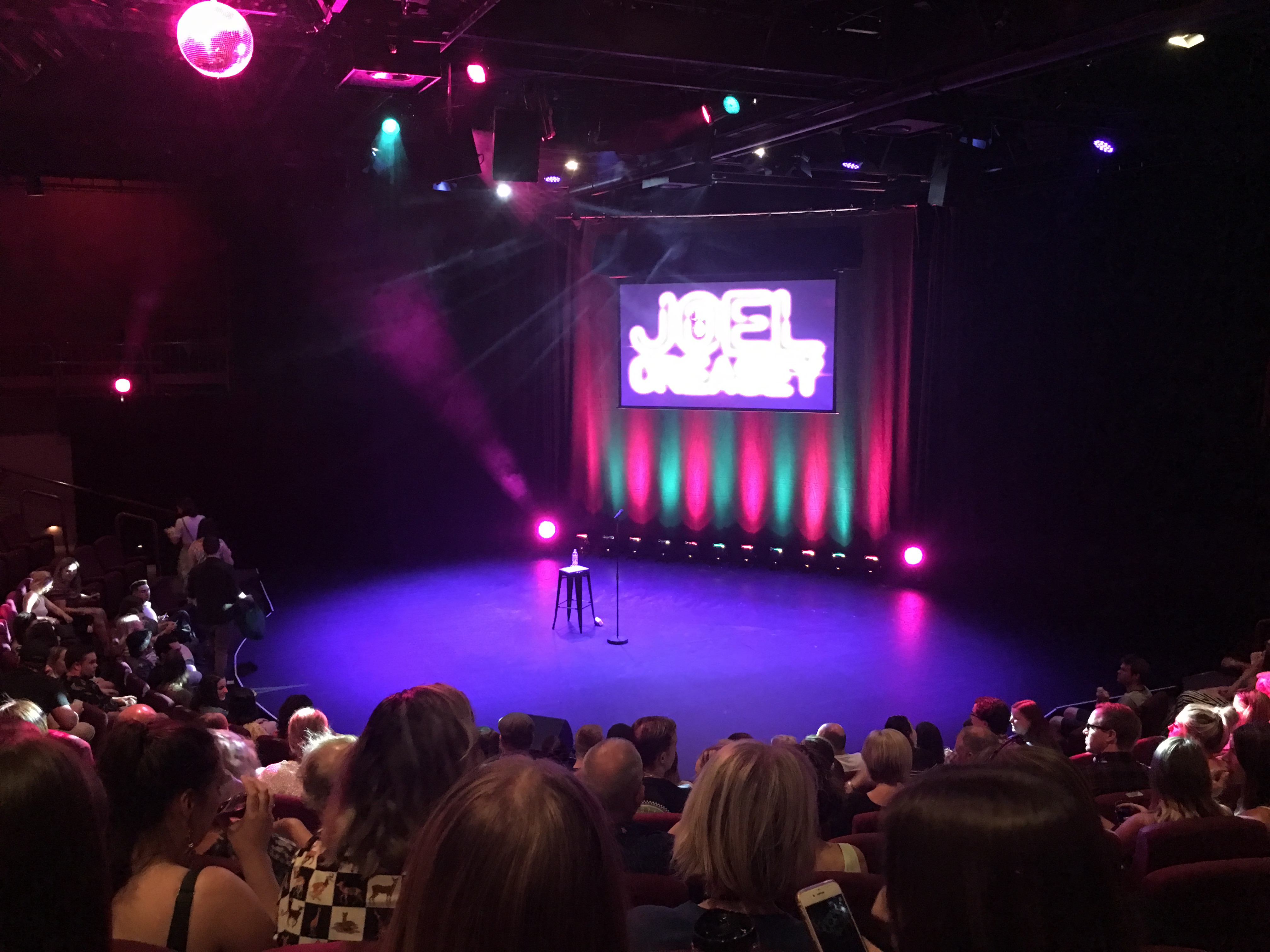