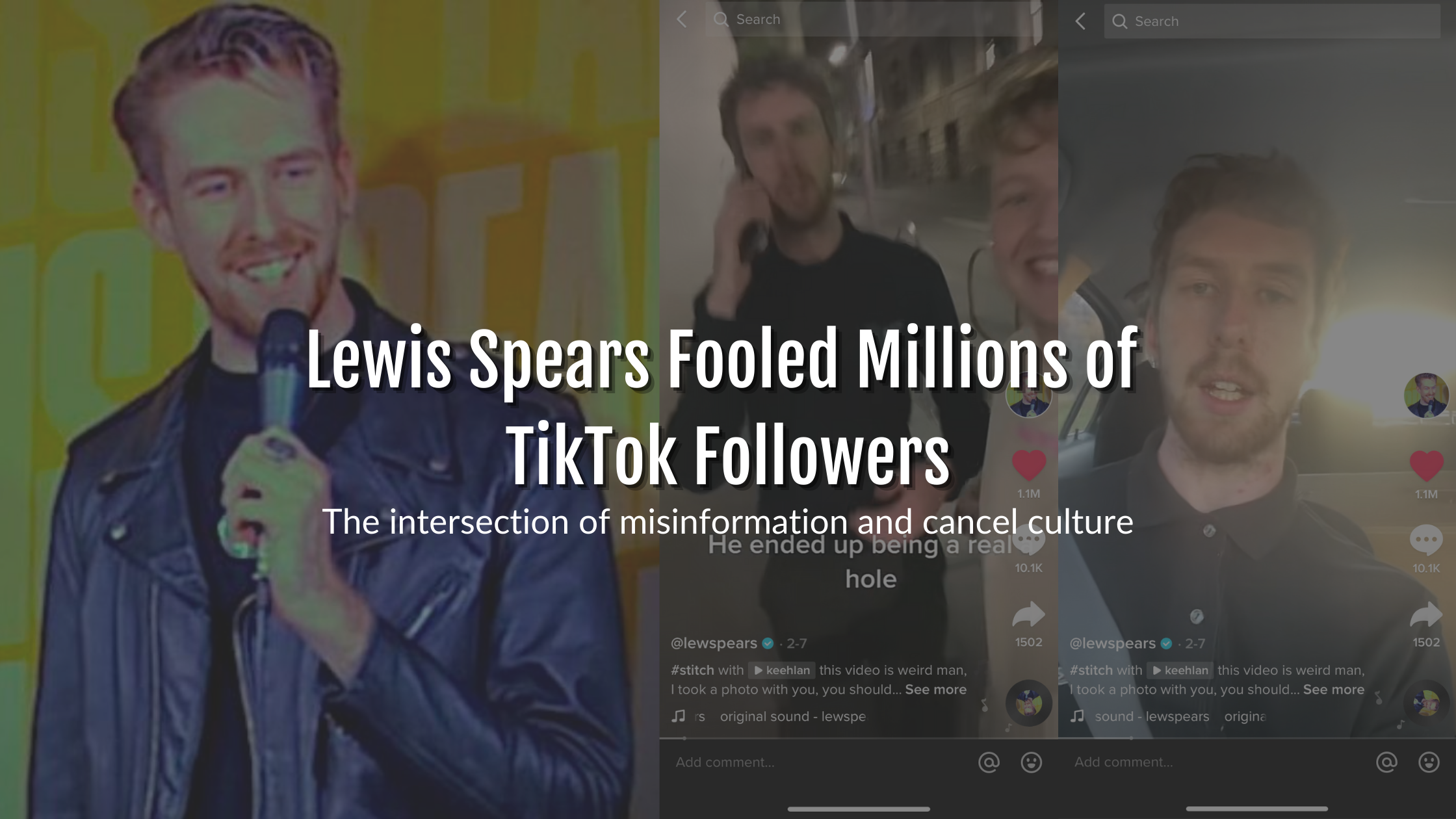 My latest epiphany this week came from an unlikely source. I want to share something that I think we can all learn from.

Recently I came across a TikTok video posted by Australian comedian, Lewis Spears.

The video looked to be originally posted by a fan who said he had “met his favourite comedian” (Lewis Spears) but “he ended up being a real a**hole.

The video in question shows this “fan” trying to approach a clearly irritated Spears, who is at the time on the phone and tell this guy to go away.

The video then cuts to Lewis Spears himself filming his own response to the video and comments that had ensued since it was posted.

He told followers “this guy is an idiot” and that he kept harassing and trying to touch him even after he had stopped to take a photo with him.

Naturally I sided with Spears and continued scrolling.

In the back of my mind, I did find something odd about the video but didn’t really think much beyond that.

I probably would not have given it a second thought had it not been for the YouTube video I came across later.

Spears’ latest video was titled: I Tricked TikTok into Cancelling My Friend.

As he explains in the YouTube video, the TikTok of a fan harassing him that went viral was entirely concocted by him and one of his best mates – Keehlan.

Keehlan was the “fan” and the entire recorded interaction was staged.

But what was so fascinating about this prank was in fact the way it was conducted and how few people seemed to spot that it was actually fake.

Spears proceeds to break it down.

First off, there were two videos (I only saw the latter).

The first video of the ‘fan interaction’ was posted to Keelan’s own public TikTok account.

For any die-hard fans of Lewis Spears, you would have recognised Keehlan straight away.

But if you didn’t and you simply just scrolled through his TikTok account, you would have SEEN videos he had posted ages prior of the two guys interacting in a number of different settings.

If you’d gone a step further and looked into either one of their Instagram accounts, you would have again found photos of them hanging out all the time.

THEN, Spears posts his TikTok video ‘calling out this fan’ on HIS account.

Again, if you’d looked through Spears’ other TikTok videos you would have spotted Keehlan a number of times.

On both videos, in the comments section, is where the debate was really heating up. People arguing between who was in the wrong, Lewis or his fan?

Occasionally, you would have seen a few comments by people pointing out that the video is fake.

Alas, those people were not listened to, and the videos went viral. According to Keehlan’s account today, that initial video has racked up over 3 million views!

Spears then interviews Keehlan about how he’s fared with all the “hate” he’s received since the video.

While they were able to laugh it off as a prank, he and Keehlan were both in on, Spears makes a very important point.

This is how easily false information can spread like wildfire and be used to completely destroy somebody’s career or reputation in the space of just two short videos.

Imagine the damage that can be done and has been done again and again to real people, who are not in on a joke, where information is false or taken out of context.

This is the intersection of misinformation AND cancel culture and the crux of why the two are so incredibly dangerous.

“The scariest part of this for us was how many people, when presented with evidence from others who had worked out the real truth just refused to believe it. Preferring to instead believe the obvious lie than accept they had been tricked”.

“This makes it pretty easy to see how easily someone’s life could be ruined over something maliciously false going viral. ‘A lie can travel around the world and back again while the truth is lacing up its boots’” he said.

Lewis Spears ends with some final words of advice.

Rather than taking all information you get online at face value and deciding to hate or cancel a person or group of people based on this piece of information; don’t!

Instead, do your own research and come to your own conclusions about how you feel about a particular situation.

The truth of the matter is this; you are doing major and sometimes irreversible harm to real people when you spread misinformation or go after somebody in the name of ‘cancelling’ them.

“I do think cancel culture has become too toxic. In this fairly mild case of a guy being too touchy with a “famous person”, millions of people boarded a hate train, bombarded his social media with negativity for weeks and even tracked him down on other social media platforms just to send death threats,” said Mr Spears.

“This type of behaviour encourages no change at all and if this WAS real, would only further isolate the target and elicit absolutely no change in behaviour if not a general worsening,” he said.

Even when bad information is true, it’s important to consider whether first, it directly affects you and second, whether this person simply made a mistake or is actually doing something maliciously.

Not everybody is perfect. That much we all can agree on.