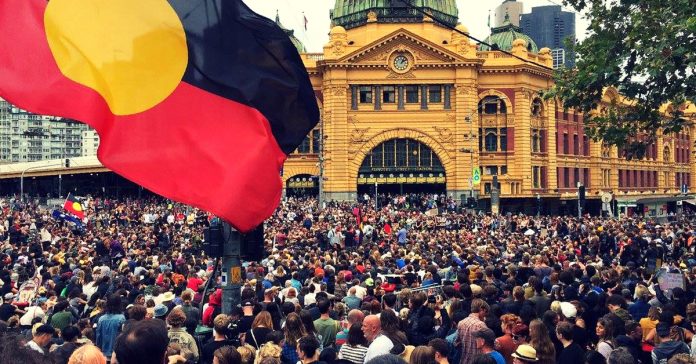 January 26th IS and SHOULD be recognised as Invasion day!

Alright, as the year kicks off I think it’s now time for a change of pace in this blog.

As you all know by now, last Friday, many Australians celebrated our national holiday. January 26th, aka; the arrival of the first fleet back in 1788, is currently considered Australia day. A day to celebrate when this country was ‘established’ and everything that it means to be an Australian citizen.

Though what many Australians still fail to understand is this in fact is the date of which Aboriginal land was invaded by British settlers. It was the beginning of a long history of mass genocide, the stolen generation and the ‘white Australia’ policies that persecuted aboriginal peoples.

January 26th IS and SHOULD be recognised as Invasion day. And I am not ashamed to state that dogmatically.

Now don’t get me wrong, I still believe in holding a day of national pride. Australia day should be celebrated by all means and there are many reasons for that.

I am certainly proud to come from one of the greatest and wealthiest countries on the planet. I proud to come from a country where we have education and healthcare for all. I’m proud of our multiculturalism and general equality and freedom. I’m proud that I come from a place that is safe and where people are allowed to believe what they want, or love who they want without fear of persecution.

I am proud that Australia is made of not just one, but many different nationalities all speaking in different tongues but living in general peace with one another.

I am very proud to be Australian!

Also, I am all for tradition, and an excuse to celebrate. Fireworks and beach gatherings. There is nothing like a cold beer and a snag on the barbie in the hot Australian summer. It’s one of the ‘Australianisms’ I love!

To celebrate Australia day on the 26th of January, is an insult to the indigenous peoples and we should really be ashamed.

I’ve read some articles and I’ve heard all the arguments. You can tell me that Jan 26th was a day of survival. But then I would ask you, what about the thousands of Aborigines who didn’t make it? You could tell me that Jan 26th was the day Australia was established. But then I would ask you, was it really our land to colonise to begin with? If history has taught us anything, it’s that the British were not the first settlers on this nation’s land. Hell, they weren’t even the first explorers.

Oh, and here’s a laugh. Apparently some Australians just don’t want to be told what to do? I’m sorry but that’s just not an argument?

Don’t get me wrong, I do not believe we are to blame for what our British ancestors did. But that does not mean we should ignore it all together.

An article published by ABC News stated that a recent poll taken in Canberra showed that 56% of Australians don’t even mind which date Australia day is celebrated. So why not change it? We have 364 other days to choose from!

It is my personal belief that Australia day should be held on the first of January. It was on this date back in 1901, that Australia officially became a commonwealth. Prior to that Australia wasn’t really a country, it was merely a bunch of colonies each governed by themselves.

Then again, it doesn’t matter. Any day but the 26th will do.

As another journalist for the Herald Sun cleverly put it, when someone organises a party they generally pick a date that suits all their mates and January 26th just doesn’t suit a huge chunk of our population.

It’s much better to pick a date where everyone can have a reason to RSVP to the party.

A date where we can proudly celebrate what it really means to be Australian! 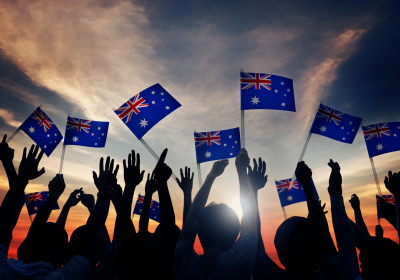