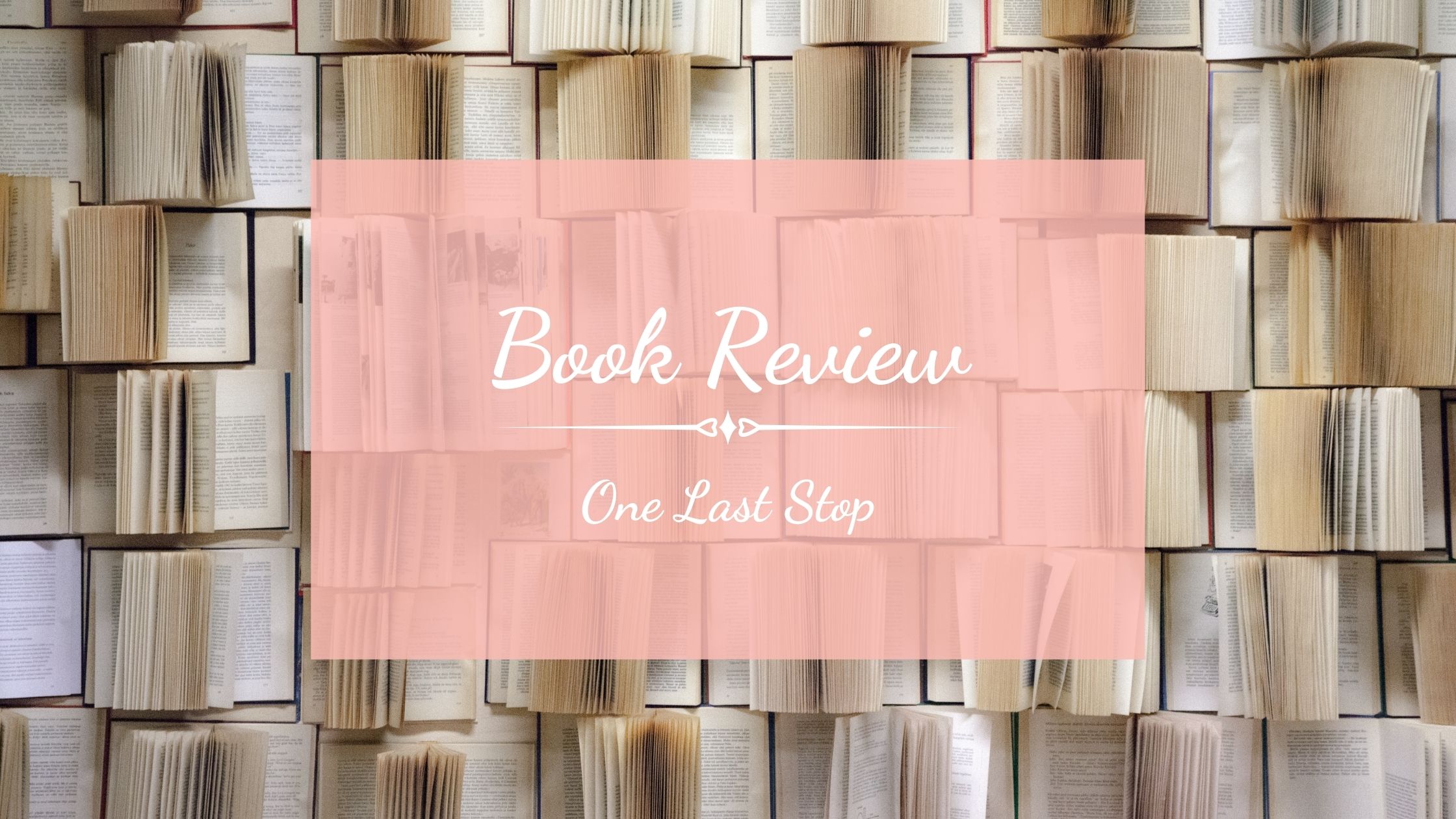 One Last Stop – Stop before reading 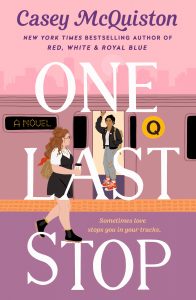 “But, you know, that feeling? When you wake up in the morning and you have somebody to think about? Somewhere for hope to go? It’s good. Even when it’s bad, it’s good.”
― Casey McQuiston, One Last Stop

One Last Stop is the second novel by New York Times bestselling author Casey McQuisten. It follows cynical, 23-year-old; August Landry who has just moved to New York where she meets a cast of colourful characters whom with, she undergoes some life-altering experiences. The plot comes to a head when August bumps into a mysterious girl on the Q-line subway train on whom she forms an immediate crush. Upon first meeting, August accidentally spills coffee all over herself, which is incidentally how she becomes ‘Coffee Girl’ to the hot stranger. Jane or ‘Subway Girl’ as August affectionately dubs this stranger, gives August her red scarf which sets up the catalyst for what would become August’s mission to uncover where this girl came from – or more like, when?

According to Goodreads, One Last Stop is “a magical, sexy, big-hearted romance where the impossible becomes possible as August does everything in her power to save the girl lost in time”.

What did I think?

Personally, and I really do hate to say it, but I did not like this book. Mainly because its central plot was just too frustratingly hard to get behind. There were a number of other contributing factors that made this book a letdown. First and foremost, McQuisten’s first book; Red, White and Royal Blue was such a huge success! Not only was it, as I mentioned, a New York Times Bestseller, but it got a lot of hype in social media domains like BookTok, BookTube and BookStagram. It was not hard to disagree. I personally loved this book and flew through in a matter of days. Arguably, this would not bode well for McQuisten’s next book as it would have no doubt added a lot of pressure. I guess it’s true what they say, you can’t please everyone.

It took me two months to get through this book because of how many times I stopped to facepalm. Much like her first book, One Last Stop is first and foremost set up as a contemporary romance novel. But where it lost me was when in dipped into the sci-fi genre with the whole time-travel plot. I just found it a bit of a leap between genres and therefore I couldn’t seem to suspend my disbelief enough to get into it.

I get what McQuisten was probably going for, which was to write something completely different from the first novel. But part of why I fell in love with her writing, was that it was at least believable as a contemporary novel. I would have even enjoyed the corny dialogue (and cornier inner monologues) that she does so well if it weren’t for the plot context.

That said, some good points still remain. I love a good romance with some hot love scenes to spice things up a bit – I think McQuisten writes these well. The LGBTQ+ themes and characters are also a huge drawcard since books like this are few and far between. I found the spectrum of characters and their gender identities that were explored in this book even more than the first made for really fun and quirky dialogue and scenarios. Each character was well developed and (mostly) likeable.

Would I recommend it?

In short, no. I wouldn’t recommend this book. I would, however, recommend Casey McQuisten’s first book Red, White and Royal Blue, as this was DEFINITELY worth the read and deserving of the hype. If you’re choosing between the two, definitely pick up the latter first. Given a choice between One Last Stop and another book, maybe go with the other.

Where can you find it?

Still convinced you’d like to give this book a try, be my guest. You can find One Last Stop by Casey McQuisten at the following retailers both in Australia and around the world.

Don’t forget to subscribe to Through my eyes and follow my social media channels for more updates on books I’ve read. 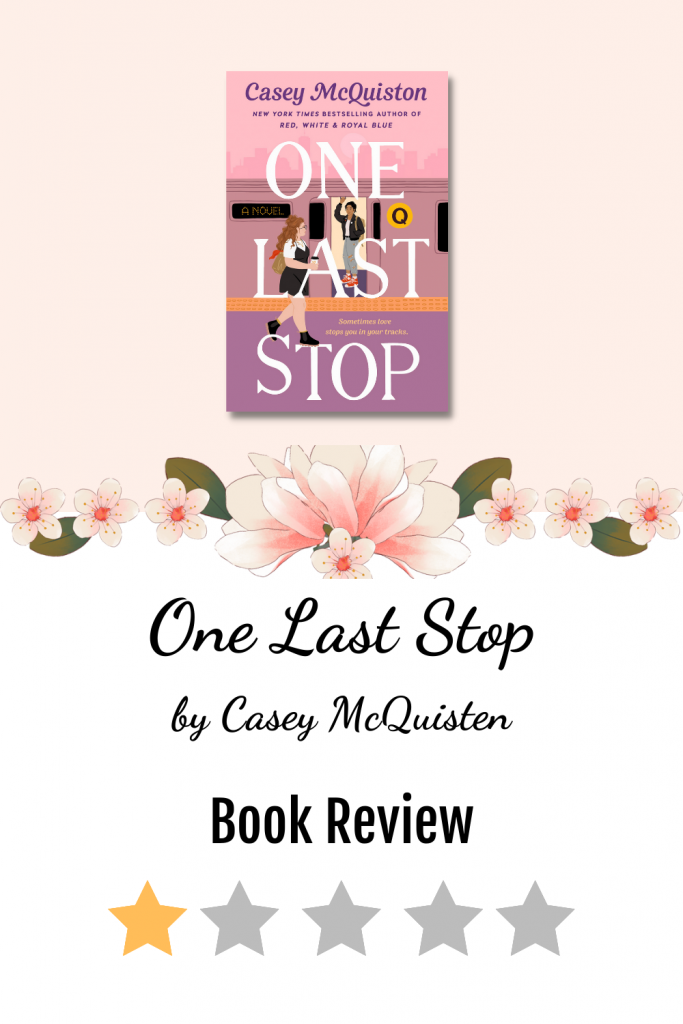