QandA on Disability and the NDIS 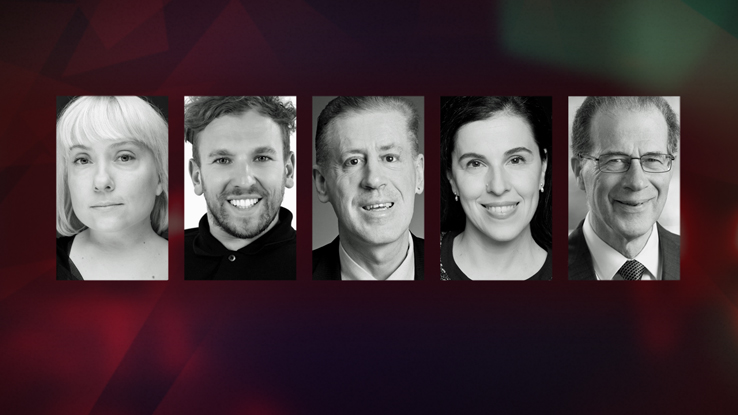 Ah QandA! I don’t watch it every week. Fortunately, I do watch ABC news, so if an interesting topic of conversation is advertised, I’ll tune in. As you can imagine, I have been waiting since last week for Monday’s episode. This is my forte and I kind of went into watching this with a critical eye. I was particularly interested in what people came up with and luckily, I was pleasantly surprised.

On the panel were: wheelchair tennis and basketball champion and broadcaster Dylan Alcott (the awesome dude who came up with Ability fest. Love him!). Actress with dwarfism and disability advocate Kiruna Stamell. Lawyer and former Disability Discrimination Commissioner who is blind Graeme Innes. Founding father of the NDIS, now Director of the Melbourne Disability Institute Bruce Bonyhady. And parent and carer Catia Malaquias, advocate for inclusion of disability in culture and education. While most of them I did not know, I found their opinions and points extremely important because they were the faces representing the views of the community of which I come from.

Like the true nerd I am, I made notes as I watched and quickly found that there were so many areas of disability that were discussed that I am not even sure I could fit all of into one article. One of the first things I told my dad in our post discussion, was that I was surprised at how widespread issues are. You know when you think something to yourself, so deeply, and you think ‘oh yeah, that’s just me’. But then you hear somebody else say the exact same thing and it blows your mind? That’s how I felt. I realised that there are so many more issues regarding disability that need to be addressed than just the ones that people already know about. We are just scratching the surface!

I wish I could go into everything that was talked about but since that would take up way too much time and space, let me just share with you the point I found the most important to me. For anybody who knows me well, you will notice the one topic that gets me riled up as much as disability rights is education. So, you can imagine, put the two together and you’ve got yourself one fiery advocate right here.

It is my absolute and unquestionable belief that every child in Australia (heck even the world) deserves and has the right to the same opportunities to education as any other. It does not matter their race, gender, cultural background, socio-economic status, DISABILITY or not, a child should have an education end of story! A child does not choose the circumstances, or the family that they are born into, so why does that give people the right to decide where that child goes in life or what their potential is? It makes me so angry when I hear about families who have been discriminated against simply because their child has a disability.

Catia Malaquias told the audience and the panel about when she was looking for schools to enrol her son with down syndrome in. This was following the question from an audience member (who also had down syndrome) “… why don’t mainstream schools want to include my friends with disability”. I was on the edge of my seat as I listened to Catia’s reply. She said that as she was looking at schools, a few principles were ‘umming and ahhing’, subtly pushing her back, or implying that she could try looking at a special school. It took a few schools before she finally found one where they said, “Yes, we will take him, and we will do everything we can to include him in the school community”.

This story hit home because we had a very similar experience when I was in primary school. I was already towards the end of grade 5 but I had been continuously bullied by the same group of boys that entire year and we finally decided that I just needed to leave. The school I was already at did not do enough to stop the bullying and I had begun to have nightmares about going to school. So, mum and dad pulled me out towards the end of term 3 and we started looking for a new school. We went to about 3 or 4 different schools before we finally found a school that was willing and ready to take us on board and give us the help we needed.

And can I just say, it was a little school in the middle of Braybrook. A school we didn’t know even existed until we accidently drove past it late one afternoon when we were just about to call it quits on the search. When I say little, I mean really little. Only about 150 students, all from poor families (mostly refugee or immigrant families). It was a state school with not a great deal going for them other than their widespread and ingrained values of inclusion and acceptance no matter who you are or where you come from. I just think that if a school like that can make room and provide for students like me, why can’t any other school?

I have many other experiences when it comes to access in school and having to constantly fight to be included. Honestly this shouldn’t be the case. It is wrong that the education department can allow students (particularly with non-intellectual) disabilities to be marginalised and pushed out of the mainstream school system. They deserve the same rights and without disadvantage.

You see the other thing people need to understand is the whole issue of special consideration. Students with disabilities are already at a disadvantage. Whether that is sight or hearing impairments, motor skills impairments or speech impairments. Whatever the circumstances, it is the job of the school as well as the education department to provide the necessary resources and special consideration so that those circumstances do not (as much as possible) inhibit a student’s potential to perform to the best of their intellectual ability.

Providing those resources and special consideration is NOT giving those students the upper hand or an advantage. It is merely evening the playing field and making sure those students have a fair and equal opportunity to succeed!

There is so much more we could be talking about and doing to improve the living standards of people living with a disability, I haven’t even begun. But I will leave you with this,

The longer we stay ignorant of these issues, the harder it is going to be to fix the problem.

P.S. perhaps I will do another separate blog on the NDIS if anyone is interested.