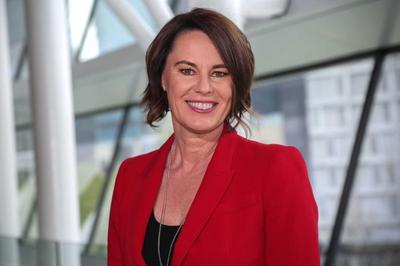 What are the ethical implications of reporting on mental illness and suicide? When and how should these stories be reported? Why is it important for journalists to discuss these issues in the public domain?

These are the questions many journalists are facing more frequently in today’s day and age.

ABC newsreader and National Sports Correspondent; Mary Gearin, has come face to face with the crucial circumstances of reporting on mental illness and suicide after covering James Hird’s fatal overdose back in 2017.

“it was important that A, we got it right (that it was James Hird) and B, if it were true that it was an overdose, we needed to make sure that was the case,” she said.

Mary Gearin understood that the implications of James Hird overdosing (that he intended to take his life) could have serious effects on his family as well as members of the public.

“All of that needed to be handled very sensitively,” she said.

Hird’s overdose started as rumours on social media and that is when it became clear to Ms Gearin that this was a serious story that needed investigating. She and her team set out to contact as many people as they could who might know James Hird and could confirm the story. Gearin got in touch with Hird’s lawyer as well as another close contact.

The pressure to break the story came down one night when the nightly news was on. Many other commercial stations had already broken the story; naming James Hird and linking it to an ‘overdose’, but the ABC had decided to hold off until they had confirmation.

“It was a really conscious decision to be last with the news. It goes against what you’re normally taught, what is the normal idea of what’s great about news” she said.

“You don’t have to be first with the news. You just have to be right and you have to handle it the right way” Gearin said.

In the end, the ABC was last to break the story of James Hird’s overdose “but we were comfortable that we were doing the right thing because we didn’t want to be wrong, we didn’t want to unnecessarily traumatise or upset the family”.

The ABC believed that it was more important to be accurate with this story and to report the news in the correct manner, than it was to be first with the news. Thus, ensuring that they were protecting the wellbeing of everyone involved, to the best of their ability.

Accuracy is one of the core principles of good journalism. According to the MEAA code of ethics, standard 1, journalists are required to “report and interpret honestly, striving for accuracy, fairness and disclosure of all essential facts”. Standard 11 says journalists should also “respect private grief and personal privacy”. Similar clauses are outlined in the ABC’s Code of Practice. These points would have played a role in the decisions made by Mary Gearin and the team that covered the James Hird overdose.

Other points that Ms Gearin and her team would have had to consider are; avoid using negative language when describing the mental illness, avoid stereotypes and promote help-seeking by providing links and numbers for mental health and suicide prevention services as suggested by the organisation Mindframe.

In addition, Mindframe points out when discussing suicide in particular, journalists need to be mindful of discussing details of method and location and avoid using visuals. This is to not cause unnecessary trauma and avoid the risk of copycat behaviour. Journalists need to be careful with wording and discuss the risk factors that were involved as to why the suicide might have occurred.

In the case of James Hird, many people still would have been affected by the devastating event as he was a well-known football player. The loss and grief experienced by his family would have been traumatic either way. The fact he was so prominent meant the news was important for the public to know and therefore the family’s privacy would not be fully guaranteed.

According to Mindframe, people are more at risk of copycat behaviour when a story is prominent, when the person is a celebrity, or when a person identifies with the person whom the story is about.

But as Ms Gearin understands, the media plays an important role by covering stories surrounding mental health and suicide.

With the rise of social media and the digital age, mental illness and suicide has also risen. It’s becoming easier for bullies and trolls to target victims – sometimes anonymously – and young people in particular at a higher risk of experiencing mental illness.

“I think we all just need to be a bit more aware and compassionate” Ms Gearin said.

Gearin also pointed out the ethical issues that surround reporting on mental illness and suicide overlap with many other ethical issues such as hate speech or covering social/cultural issues.

She touches on the story of Israel Folau and his beliefs; how journalists had to consider that “to some people [it] is one thing and to another person [it] is hate speech we need to be aware that part in parcel of that decision of how we cover it is about the mental health of young gay people or vulnerable gay people”.

The good news is, according to Mary Gearin journalism is getting better.

Thanks to the rise of social media and the plethora of information that is now accessible to people nowadays, journalists have to work harder than ever to produce good quality journalism.

“I think journalism is getting better but it’s also getting more difficult,” Ms Gearin said

Events such as the Royal Commission into Mental Health has meant that organisations, as well as members of the general public, are talking about mental health more and understanding it better. Journalists are playing a huge role in this process.