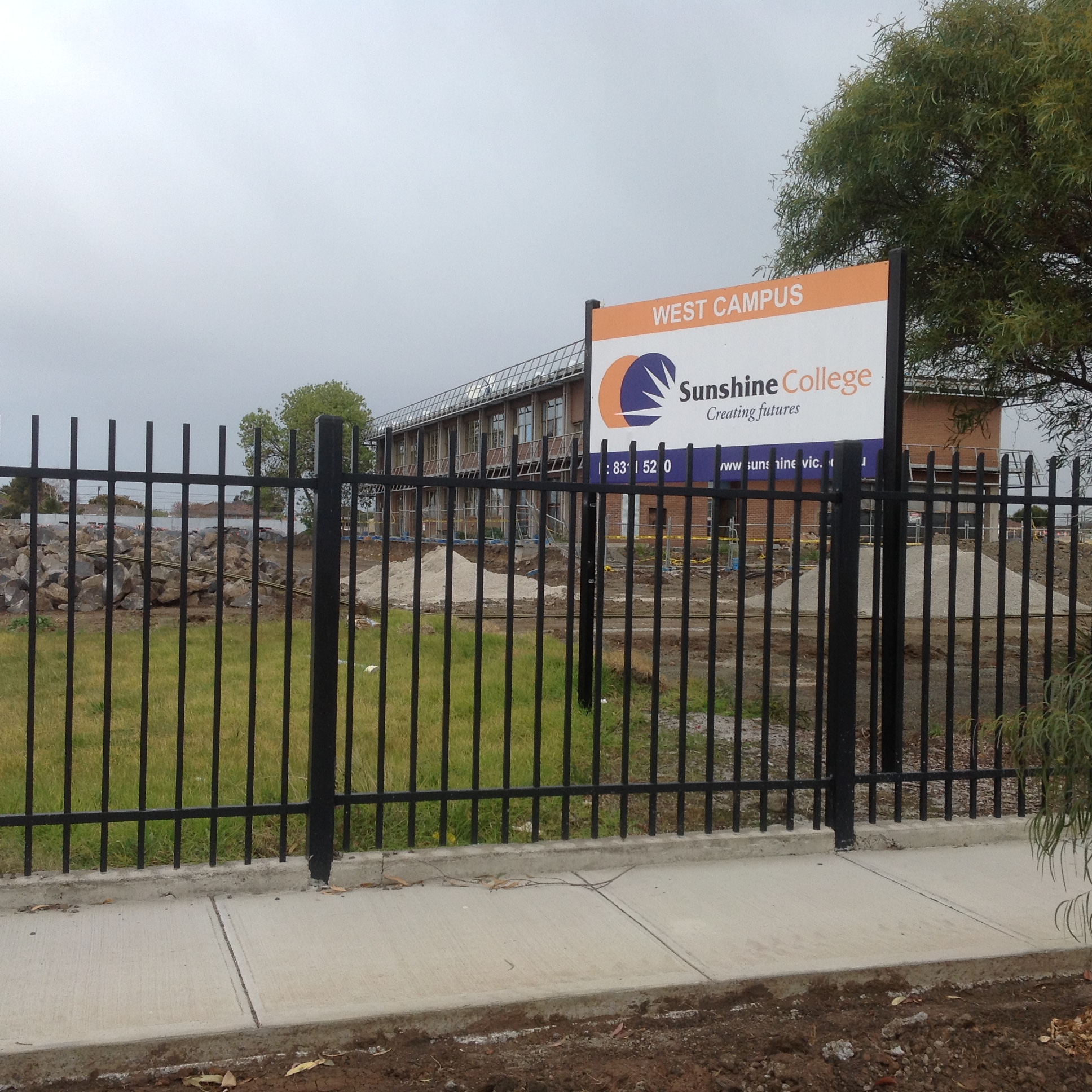 Imagine this; The cement in your back yard has cracks beneath your feet. The walls and ceiling have cracks too. In winter, rain spills through the roof and you have to use buckets to catch the dripping until you can get it fixed. Doors jam when you try to open or close them, and toilets have graffiti on the walls – those that even have walls that is. Doors are hanging off their hinges or missing altogether!

These are the conditions Sunshine College campuses have been putting up with for YEARS.

Plans to build a new school all began in 2006. The master plan was approved, and we were on the cusp of receiving the necessary funding from the then, Labour government, in order to begin construction.

However, 4 years later, 2010 gave us a state election year in which the Labour government was ultimately knocked out by the Liberals. The new Liberal government would then shelve plans to fund Sunshine College’s new buildings.

With absolutely ZILCH by way of an explanation, might I add – which you can speculate means, the only reason they have is they don’t believe in the need to help public schools. You see, in their world, politics is more important than helping those who genuinely need it.

But not for long. 4 years after that, 2014 presents another exciting opportunity. The Labour party won the election under our current Premier Daniel Andrews and plans to build the new school were ‘back on’. About bloody time, right?

Which brings me to now, 2018. ANOTHER election year has come around. The Labour government is about to tell us any day now that if we vote them into state parliament this year, we will definitelyreceive the funding we need for our school… *cue groans.

But let’s back it up a little and fill in some gaps – apart from the ones in the walls.

Earlier this year construction did in fact commence. With plans in place and funding issued since 2017, the West campus was cleared of students in May, who were re-located to the Ardeer campus, and buildings started to be torn down. Hooray!

The plan was to knock down West campus and rebuild. The North campus would also be rebuilt eventually, and the Ardeer and Senior campuses would close down. The idea was to integrate all year levels into a bigger and more inclusive environment where we would have access to fantastic facilities such as libraries, computer labs and sporting grounds; things we currently don’t have much of, unlike other schools I’ve visited.

So, here’s where we hit a road block.

Upon pulling down the West campus buildings, construction workers found loads of asbestos in both the steel building frames and mixed in some of the concrete. This should not have come as a shock to the government given the age of these buildings.

The removal of this asbestos will cost between $6-7million. But of course, it is a necessary step to ensure a safe school is built and to ensure it does not endanger the lives of any residents in the community. Given that, the government could have predicted this type of occurrence, surely they would have had a contingency plan in place to cover these excessive costs.

The government is not going to fund the asbestos removal. They instead intend for us to absorb the costs from the current budget we’ve been given for our new school, to pay for the removal of the asbestos. 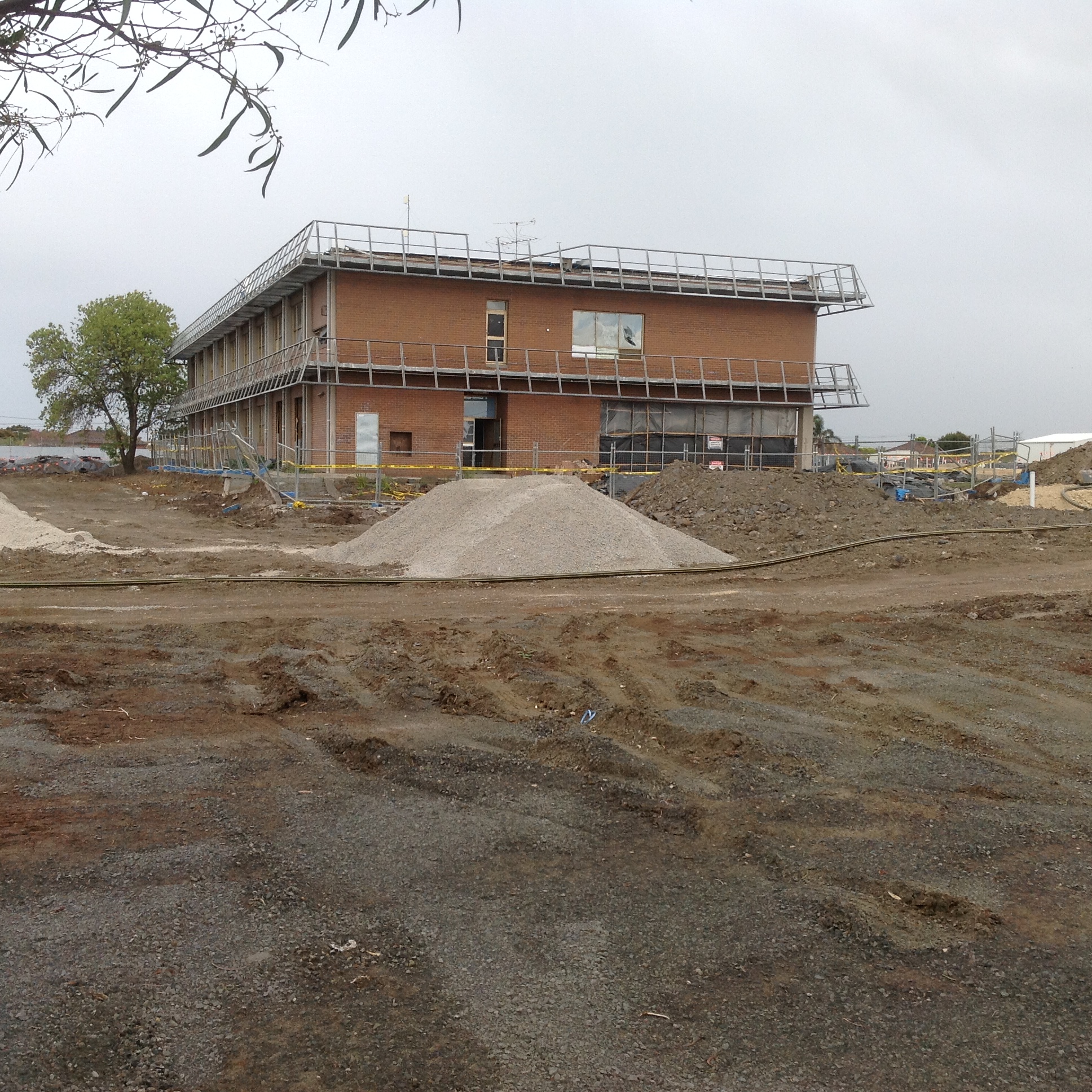 That ‘budget’ gave us about $28,000,000 but with almost $7,000,000 out the window, we will only have enough to effectively build half the facilities we planned to at the beginning of the year.

What does this mean for the students of Sunshine College?

It means construction of the performing arts centre, the gym and the Years 7-8 learning building at the West campus site will be suspended.

It means, we won’t be moving out of the Ardeer or Senior campuses after all, that’s what!

…the kids and staff and community will miss out on what they deserve and have been waiting for since things began in 2006. – Campus Principal, Tim Blunt

The dream has effectively been crushed once again. Construction has come to a halt and we are now facing a stale mate with the government.

Our current state education Minister; James Merlino has refused to make a commitment to grant us any more funding for the asbestos situation.

We have now come to the point where the only way a change is going to happen is if Labour promises to grant us the funding post-election – if we elect them into parliament. Of course, the chance of that promise being upheld is about as likely as it is that the Liberal’s will grant us the funding.

But the big question we should all be asking ourselves at this point is:

Is the government really implying that Sunshine College will not get adequate funding unless the Labour party is voted into parliament this election?

It’s them or nothing?

Perhaps, politics is more important than helping those who genuinely need it, to Labour as well. 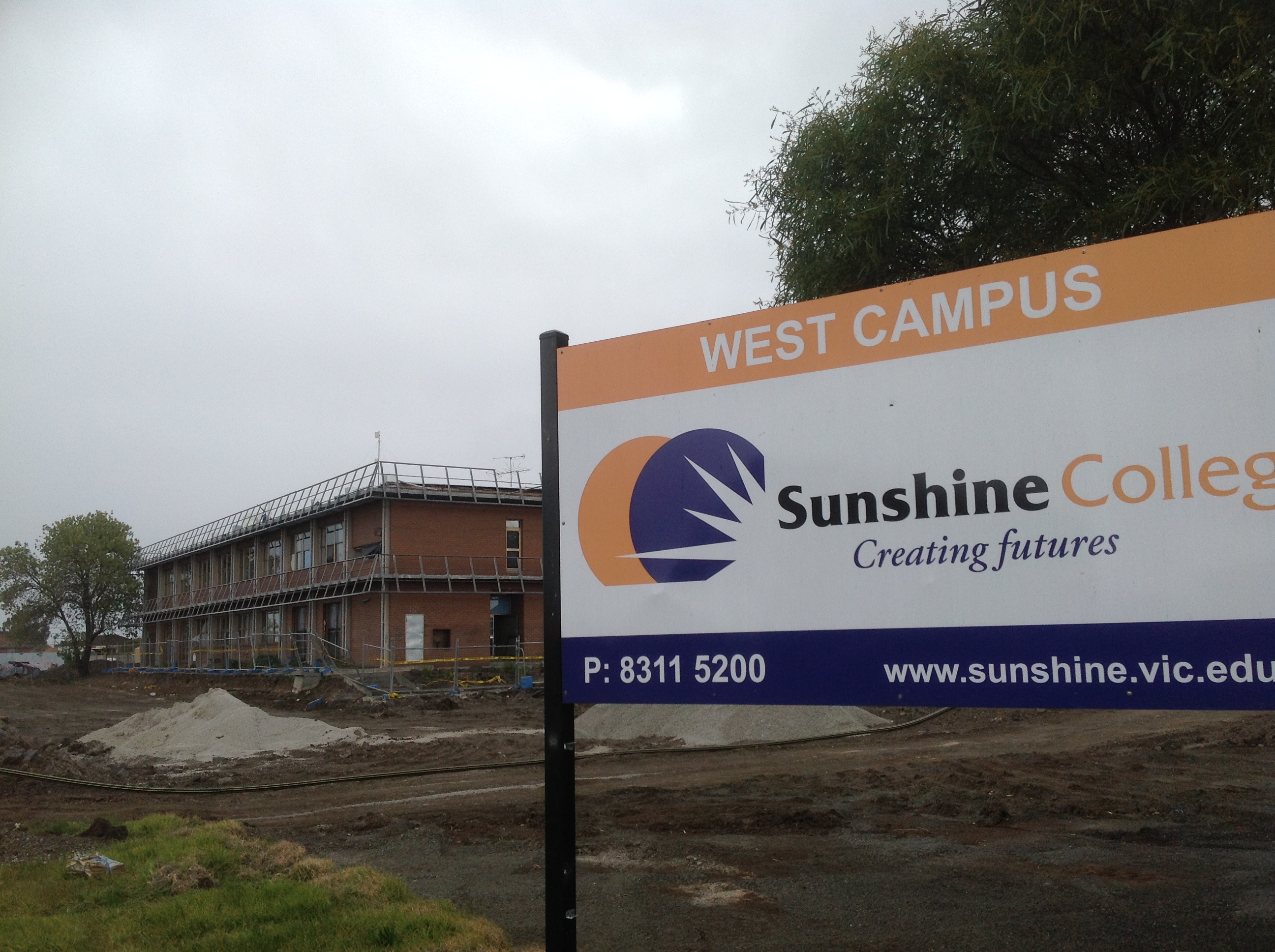 The thing that I love so much about Sunshine College (as you will come to learn if you keep reading my blog); is how diverse, intelligent and resilient the students across all three campuses, really are. After all, it’s ultimately the students that make up the school.

And who could forget the dedicated and passionate teachers that contribute to helping students to grow as individuals and pave the way for brighter futures.

We could be one of the poorest state schools in one of the poorest suburbs. We might have faced adversity and challenges both as individuals and as a school community. But we always manage to come back fighting harder and smiling brighter. We share in our differences and celebrate our diversity.

Sunshine College is a community recognized on the values of: Wellbeing, Relationships, Learning and Growth. I couldn’t be prouder to be a part of this school.

But I cannot stress enough that a good education and school experience starts with equipping students with the right tools and giving them access to the proper facilities in order to succeed.

Something that every student has a right to, and no school would ever stand to compromise on.