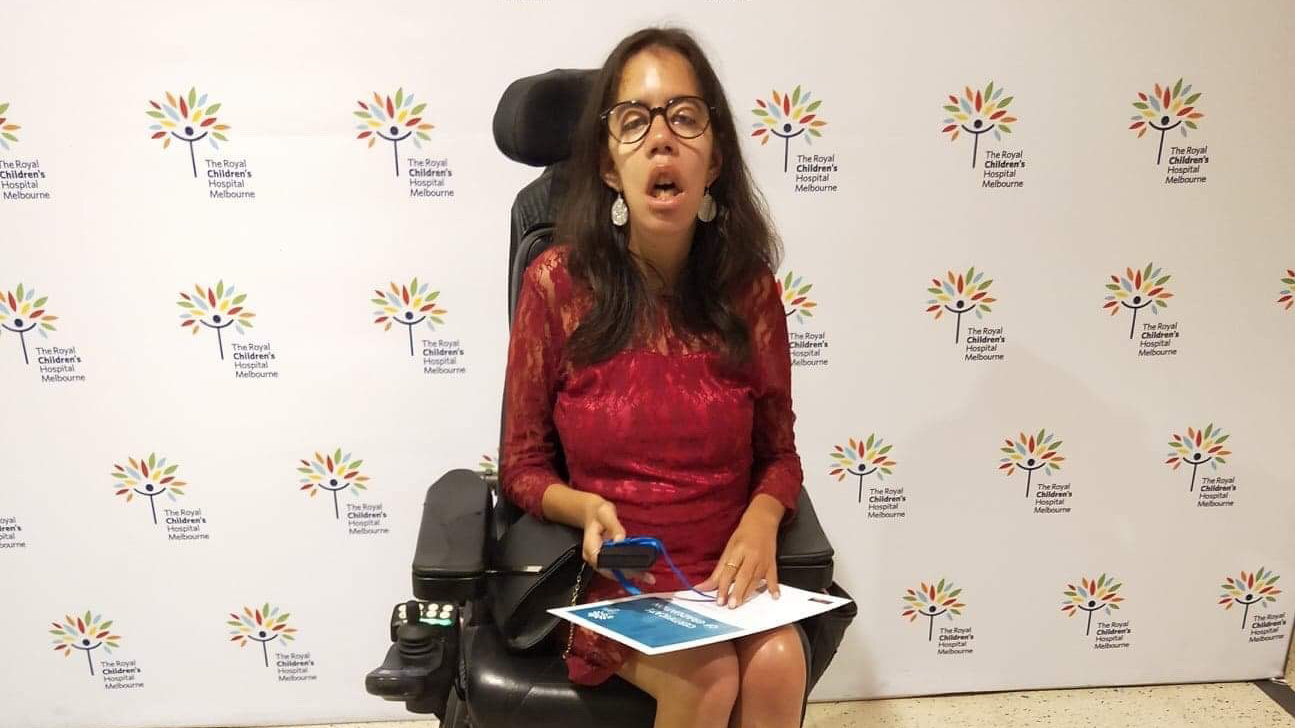 “The best of the best!” – RCH Graduation

First it was primary school. Then it was high school. Now I’m graduating for the third time in my life so far, this time from the Royal Children’s Hospital (RCH).

For those of you who don’t know, yes, regular patients literally graduate from the RCH when we turn 18 and are transferred to the adult hospital system. The Royal Children’s Hospital is the only children’s hospital in Victoria, while there are multiple adult hospitals across the state. I can tell you already that there is a HUGE difference between the children’s health system and the adult health system in more ways than one.

I’ve already attended appointments at St. Vincent’s Hospital and the Austin Hospital. Guys, the adult system SUCKS! The waiting times are longer, the hospitals themselves are dull and depressing as all hell. Not to mention now I have to keep track of all my appointments, constantly make phone calls; there is not app for this! I could write a whole blog post complaining about how bad the adult health system is and how much I hate all the responsibility I have to take on for my own health (please remember I’ve spent years relying on my parents to keep track of everything; so believe it or not, they know more about me and my condition than I do), but I’ll spare you the details.

I am literally about to turn 20 (ugh!) so yes, this may seem 2 years late. But I’ve had to delay my transition due to complexities in my care – i.e. orthodontic surgeries which I couldn’t get anywhere else. If we’re being really technical, I’m not even transitioning entirely. My dentistry and orthodontic care will pretty much stay at the RCH (yay), but all my other specialists will be going to other hospitals – believe me, it’s still a lot! I think I have a doctor for every organ and limb in my body.

But here we are on Thursday night; me and my family. I’m all glammed up for the red carpet, ready to graduate with the class of 2019.

They make a real big deal out of graduating from the RCH. I actually had no idea about the red carpet until a few weeks before. Like any graduation, we had speakers like the CEO of the RCH, and the head of surgery doctor. We had a 2018 graduate speak about her experience since leaving the children’s health system and being in the adult system. She had some great tips for handling the new world which gave me an idea for a future blog post – how to survive the adult health system; adulting 101…. Stay tuned. We then had several 2019 graduate speakers share their stories of their time at the RCH.

Most of us have been coming to this hospital since we were born. This place has in many ways, become our second home. The Royal Children’s Hospital looks after thousands of patients every year and is the place you’ll often find the sickest or most disabled children in Australia. Children fly in from all over the state and even country to receive the outstanding level of care you can get at the RCH. I’m just blessed that I only live 30 minutes away.

The interior is absolutely magnificent and makes it look nothing like a hospital which is why it is so child friendly. It’s hard to feel scared in a place like this because there’s so many interesting things to look at. We have an aquarium and a Meerkat enclosure in the specialist clinics waiting rooms. You’ll find clown doctors and captain starlight (from the starlight foundation) floating around, bringing smiles to children’s faces. There’s artwork and bright colours on every wall. A huge insect-butterfly-colourful-creature-statute stands in the middle of the ground floor foyer where children often climb all over it. There are cafes and shops everywhere and a hotel for families of children from out of town who have to stay over. 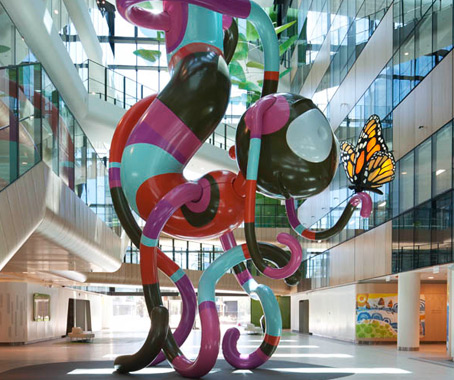 I was born in Carlton before being transferred immediately to the Royal Children’s Hospital. I was around back before the “new” hospital building was built and we were at the old building (which was still pretty good). I’ve been coming here ever since; almost on a weekly if not monthly basis. The doctors and nurses here have always been kind and compassionate. I can be a bit of a wuss (I hate needles and anything that hurts…. I have hypersensitivity, okay!), but I can always rely on most nurses and doctors to be gentle. Though I haven’t been admitted too often (thankfully), the times that I have I’ve had the best care imaginable.

Do not ask me how many doctors/specialists I have and what all their names are. Over 20 years that’s way too many to remember. However, I will never forget that 99.9% of them were the best doctors I could have asked for; kind, compassionate, smart and willing to help in every way they could despite the complexity of my condition. Of course, I will miss some doctors in particular more than others – such as my neurologist who I probably saw the most out of all of them… oh and my orthodontist, but thankfully I don’t have to say goodbye to her yet. I will still miss every single one of my doctors because the truth is, at the RCH they all make you feel important and well looked after. You don’t get that kind of personalised care in the adult hospitals.

After the speakers, they played a video of all the different teams and departments sending us “goodbye” and “good luck” messages. It was such an emotional part because every one of us saw all the doctors that looked after us, pretty much, for the last time. me and mum teared up and I was a little misty eyed too. My family, like me, could not be more grateful for everything. We are truly very lucky to be born in this country where healthcare is not only FREE but it’s the best of the best.

The video finished and we were each presented with a certificate of graduate and a little present – which I later discovered to be a pretty key chain with hospital logo. The class of 2019 was huge, so it took a long time to announce everyone but once we’d filled up the front of the auditorium, we stood for photographs before being released to mingle with family and staff. 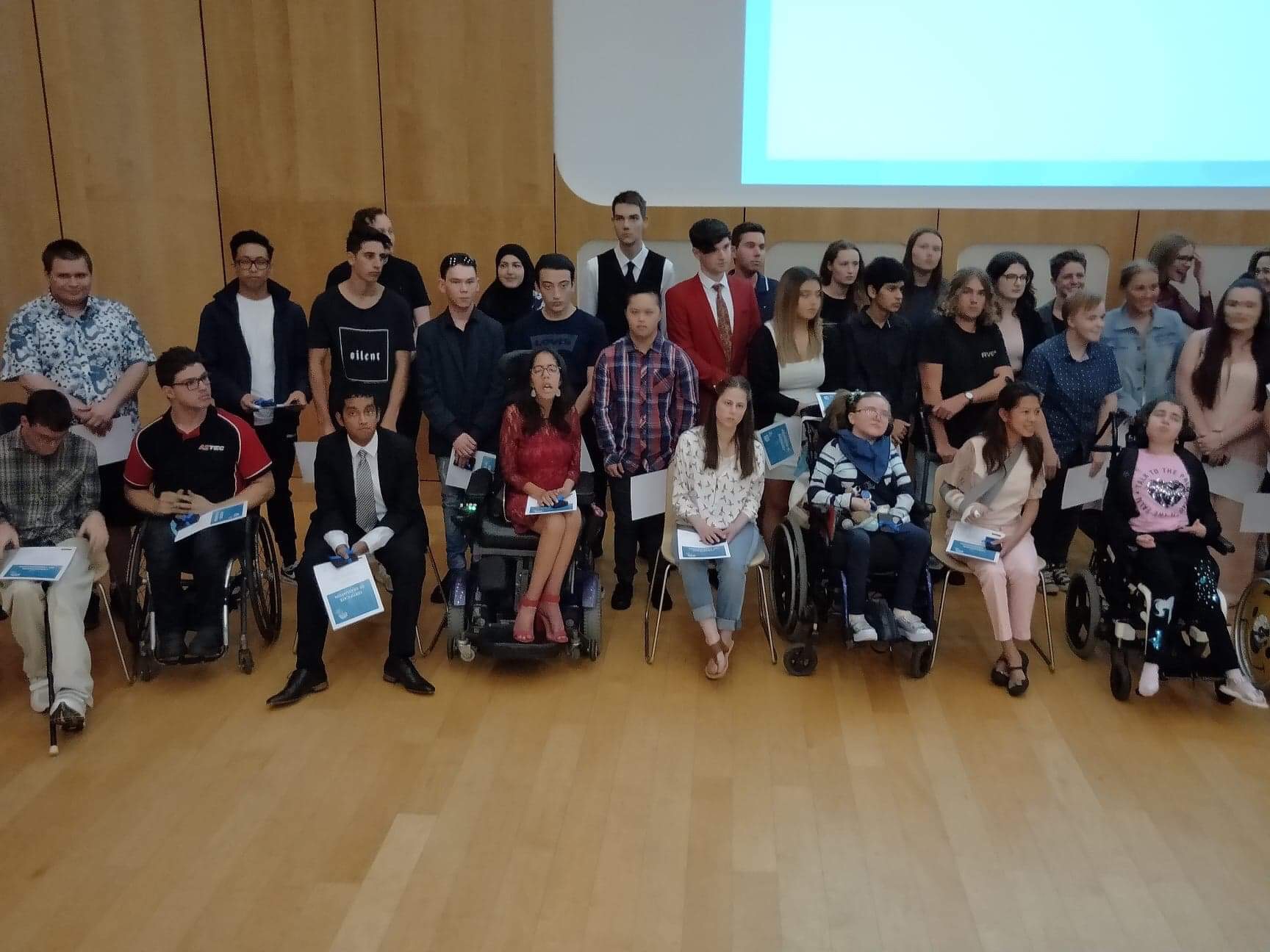 Now it was time for the good stuff. A spectacular platter of food and beverages. Seriously, the catering was spot on! the had a photo booth where I took photos with some mates and we just hung around till it was time to go.

To parents of any currently sick children who live here in Australia who are or who will have to deal with the RCH, I want to make a promise to you. You and your child are in good hands. This is the best place you could possibly be, you will be just fine. The Royal Children’s Hospital is unlike any other hospital I’ve ever known.

While I’m sad that I have to say goodbye to yet another big part of my life at time where it seems like everything is changing at once, I know I would change it for the world. In the cab I reflected on my time at the RCH, just as I had done so with high school on the night of my graduation. I’ve said this before, and I’ll say it again;

I am the luckiest girl to have ever survived birth. 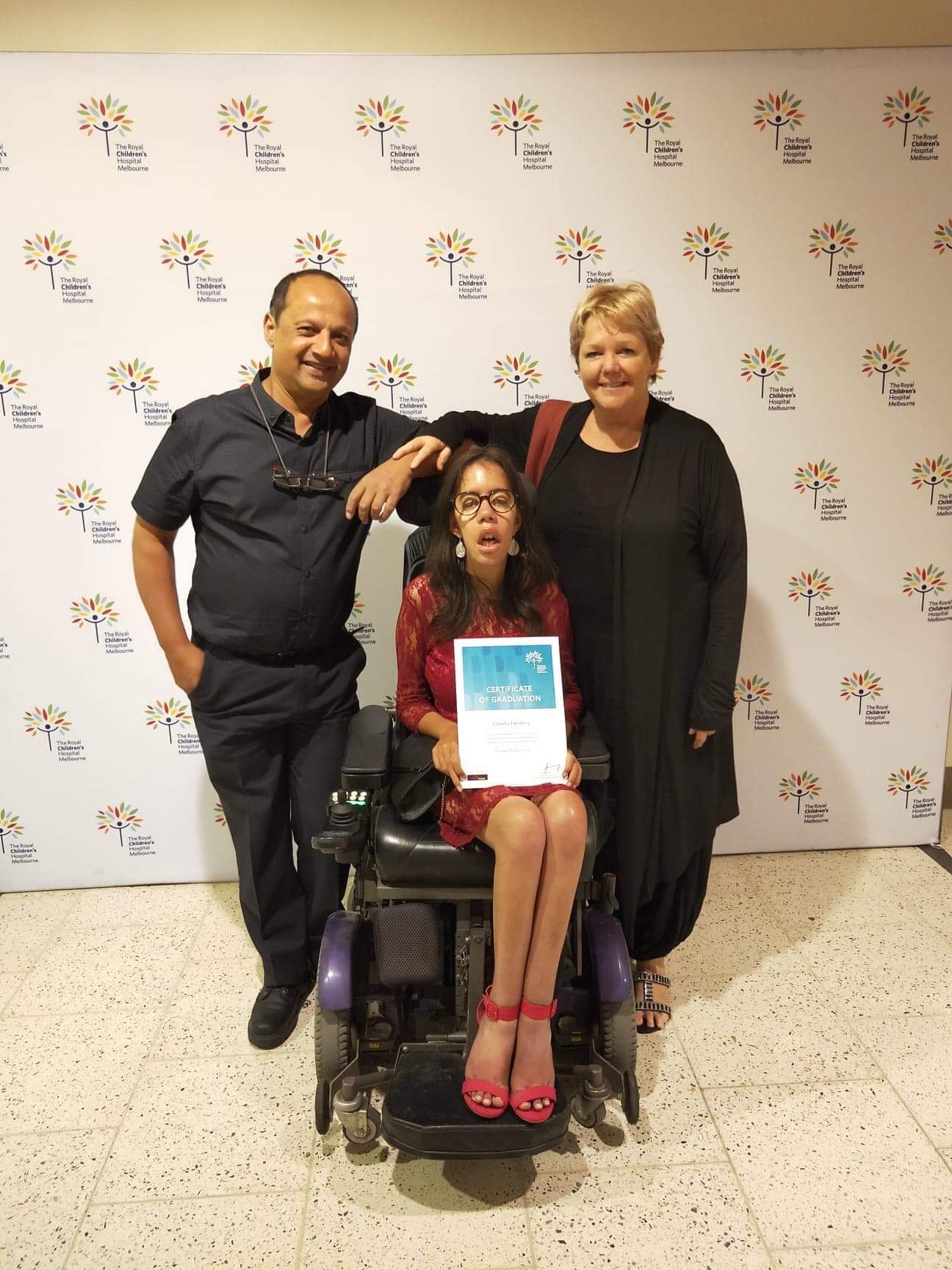