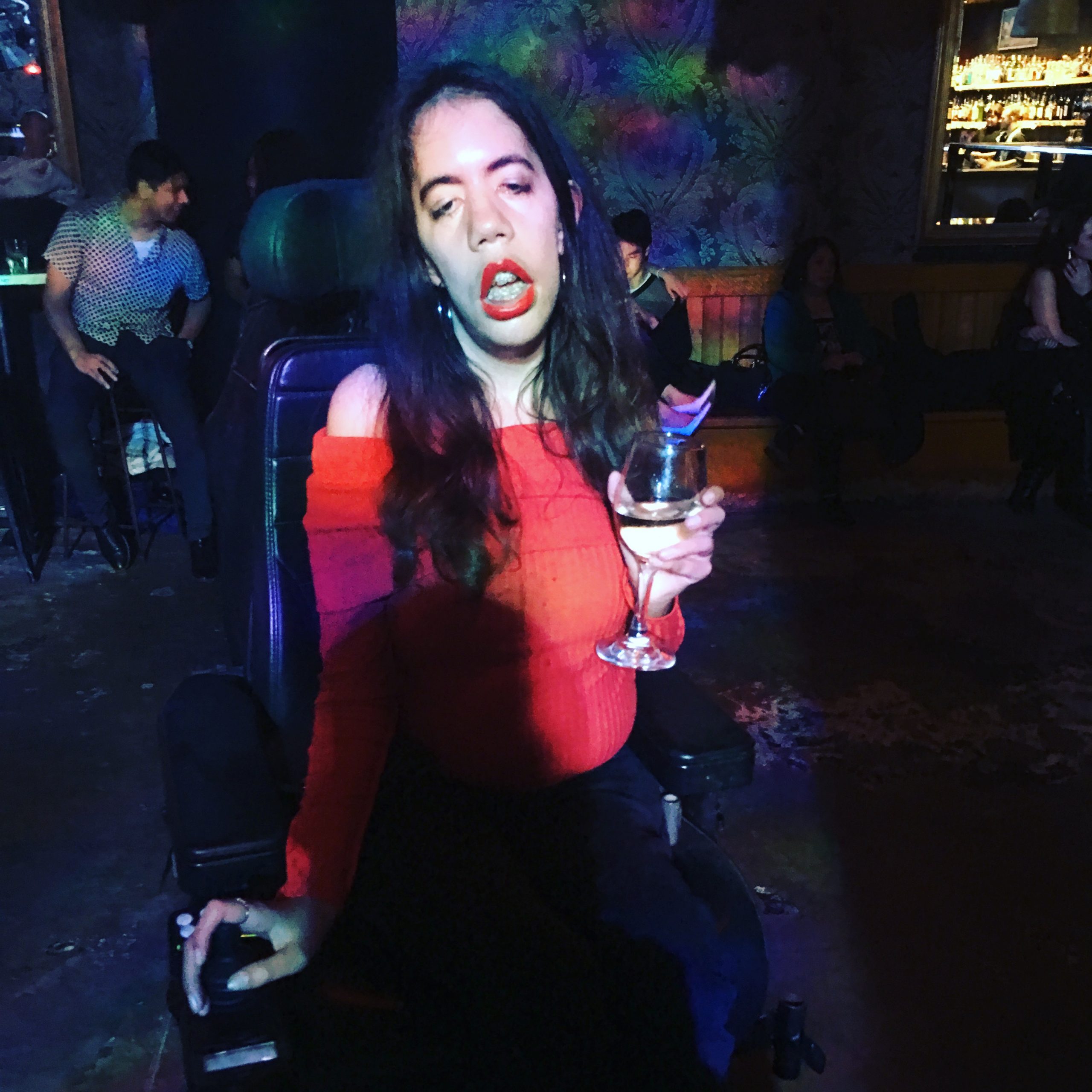 I had one of the best nights recently. My Aunt and Uncle had bought us tickets to see a live show at a nightclub. The band was called “Zilwa Tribe” (a Sega band which is Mauritian music mixed with a bit of Latino and other African nations) and the nightclub was “The Night Cat” (a ‘really cool’ place in Fitzroy, apparently, many people know about). Don’t worry, I’m not about to brag, honestly, I’d never heard of the place myself, so its reputation meant little to me.

Now, the idea of going to a nightclub with my family sounded extremely dull and quite frankly not cool at all (I mean can you blame me?). But once the night came, I was so keen to get out I decided to swallow my pride and treat it like any other outing – a chance to dress up and do something fun rather than spend yet another night staring at the wall.

You see, to my delight the club was some-what family friendly. It wasn’t just young kids looking to get drunk and hook up. There were people of ages (most of who were older than 20) so I guess my family kind of blended in after all. That night there were also people of many different nationalities, all ethnicities, so I felt doubly ‘well-fit’. These were our people.

I guess that also tells you a lot about this type of music. It brings people together from all walks of life.

Upon arrival I very quickly came to love this place. The access was outstanding (definitely would recommend to anyone with a disability). I could simply drive straight in. No narrow hallways, turns or steps. The room itself is just this big open space, a bit like a racetrack with the stage being in the centre. So much space to move around. The bar is situated at the back; the only criticism I’d have for the bar is that they do not. Serve. Cocktails… Bummer! As for the toilets (if you were wondering) I didn’t have a chance to use them, but I would imagine that they are at least decent given the state of the rest of the place.

We actually arrived a little early, so we went back down the street and got pizzas for dinner. They were these incredibly delicious home-made pizza slices for something like $2 a slice. I wish I could remember the name of that place. Apparently, the man serving behind the counter was also very nice.

I’ll let you in on a little secret. I do love a good party. Like I said, any excuse to get dressed up, go out and socialise is my idea of a great night. I believe I have been called many things including; a party animal, a social butterfly and a complete and utter extrovert. What can I say; I’m a firstborn and a Pisces.

It’s safe to say that I was totally in my element at this club. Good music, dancing and lots of people. It didn’t take me long to start grooving, I didn’t even care if it was with my dad. The thing is most of the time, I don’t actually care what people think or what I look like. The way I see it is: people stare at me regardless, why not give them a show?

My sister on the other hand is the complete polar opposite, an introvert who is more self-conscious than I. She’d probably hate that I’m evening mentioning her in this “don’t worry sis, you’re not the only one”. A lot of people I know are introverted. That’s why to them I seem like a wild thing, a badass, livin’ life on the edge. Anyway, I guess she didn’t enjoy the atmosphere as much as I did so after the first song in the set, she and mum took a cab home. Meanwhile, for Dad, my Uncle, Aunt and I, the party was just getting started.

I should mention, the reason my uncle got us tickets to this Sega band in the first place is because my great, great, great grandfather or other, used to play Sega music. He was Mauritian so It’s quite literally in my blood I suppose.

I definitely loved it more than I thought I would. The drums, the dancers, everything about this band was incredible. It really gets you moving. I didn’t stop dancing though the whole two sets. During the second set I started dancing with this woman named Kim. She was this really cool Jamaican woman who I think was there with her partner. Anyway, we danced together song after song.

Once the band finished its performance, I guess around midnight, my Aunt and Uncle called it a night too and then it was just me and dad. I had had a few glasses by this point, and dad disappeared for a second. I was dancing next to the bar on my own to a Sega version of Bruno Mars’s; The Lazy Song, when these two girls who would’ve been in their early 20s came up and started dancing with me. I believe one of them shouting “you got rhythm, girl!”. I think I actually blew her back a kiss (I had definitely had a few). They then both invited me to come dance with their friends. Of course, I couldn’t say no!

With a quick thumbs up to my dad, I followed them back over to the dance side of the club; the corner where they introduced me to two guys and another girl as “their new friend”. To be honest, none of us knew each other’s names or anything. But it didn’t matter. What I loved about this moment was that in this situation we were all the same; young people who were just out for a good time. It didn’t matter where we were from or what we looked like, we were here for the same reason. I felt like I belonged, I was well and truly in my element.

Sometimes we take for granted the freedom that we have to go out. To go to whatever event or venue that we please without barriers or restrictions. We get to enjoy the luxury of having the time and freedom to participate in leisurely activities that of course improve the quality of our life.

I guess as someone with a disability, going out is something that it is a little more complicated than it is for most people my age. There are many factors that I have to consider before I even set foot out the door. It doesn’t mean that going out is impossible or that I spend my whole life locked away. I too understand that I have relatively more freedom than people who have say, financial constraints or people in third world countries who don’t have the time or luxury to participate in leisurely activities.

What I will say is that as someone with a disability, because going out is still limited to an extent, I really do appreciate the times when I do get to go out and have fun because I think that is one of the greatest gifts in life. To make memories and bask in the glory of being young and free.

And boy did I bask. I basked till 2am in the morning. 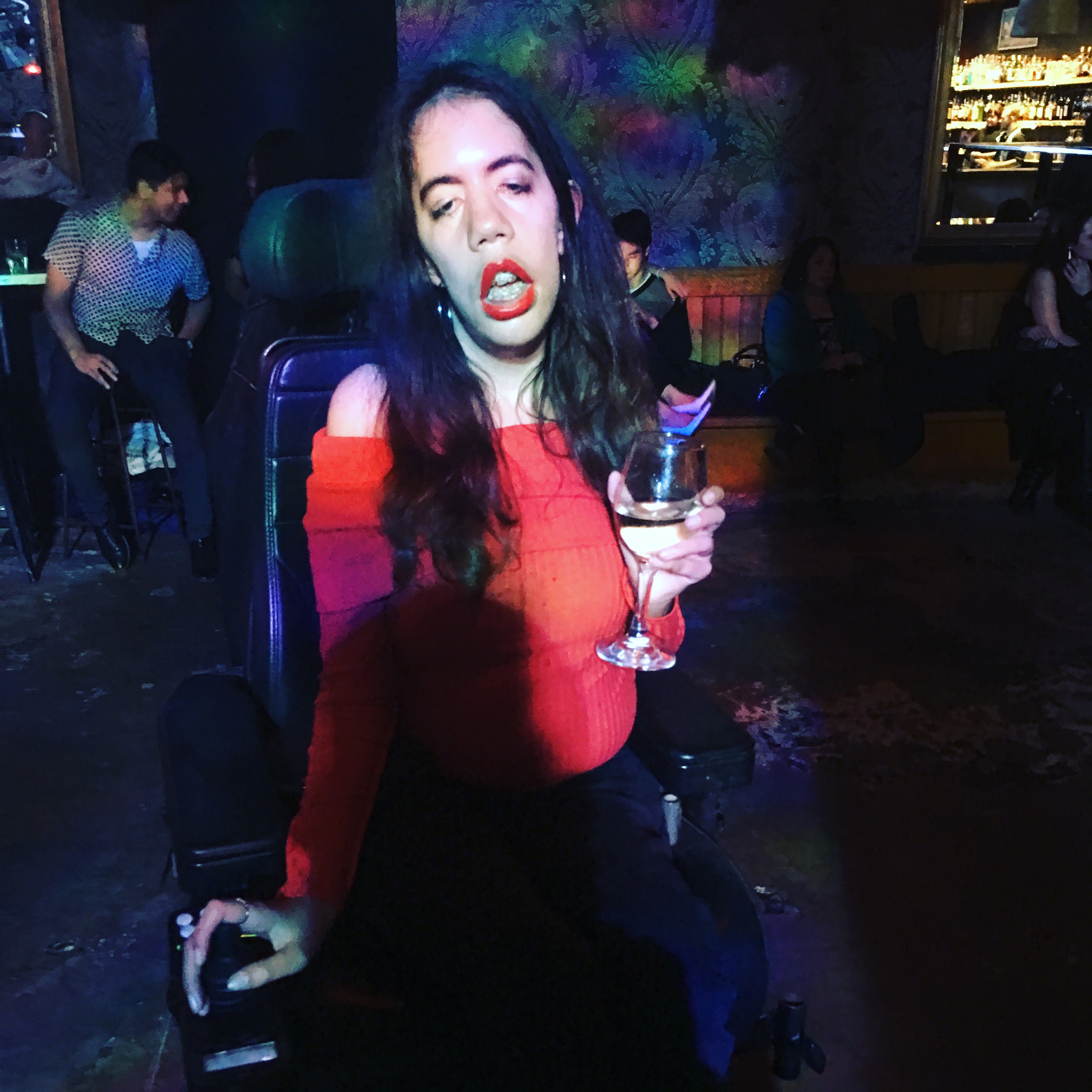