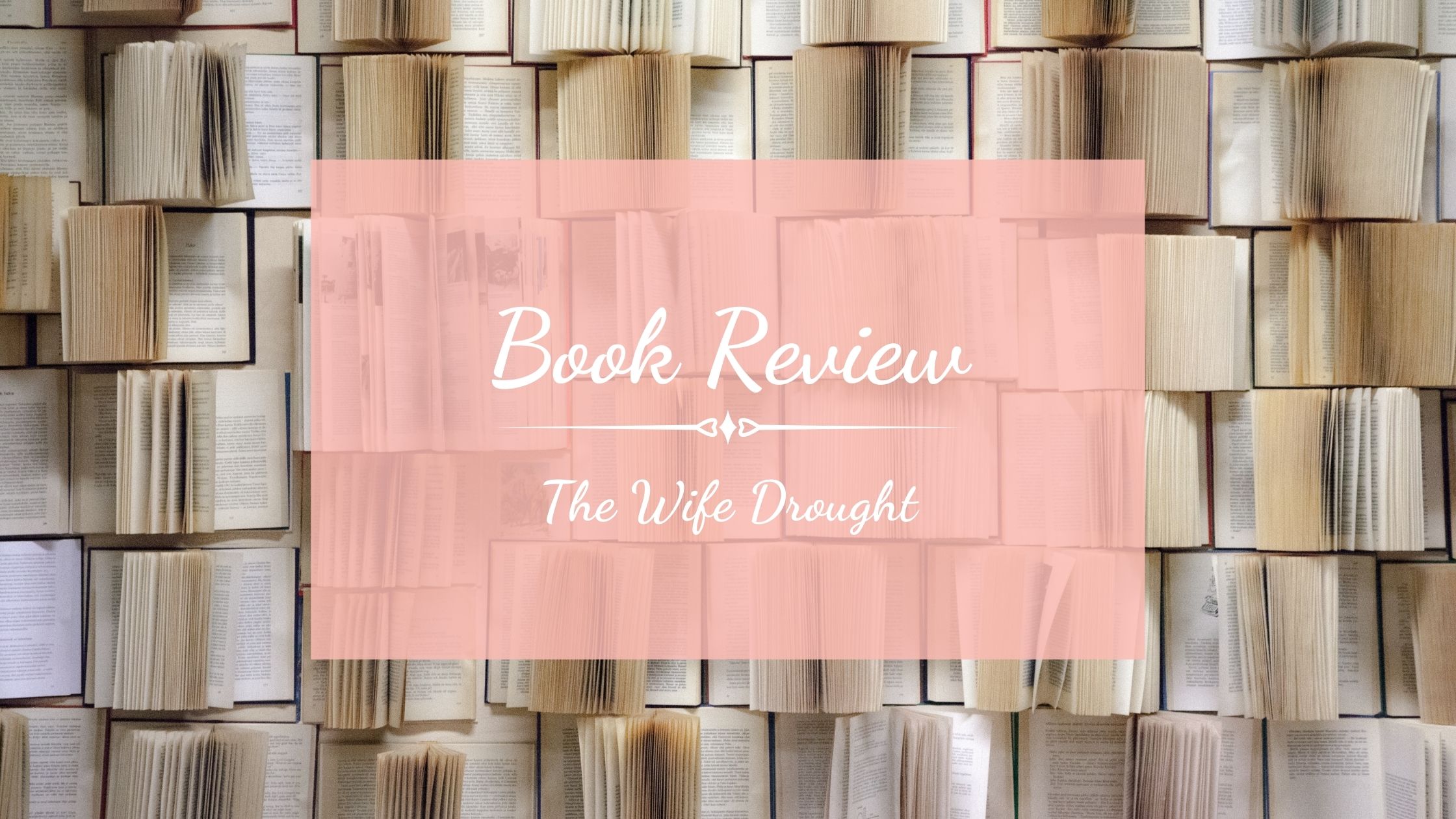 The Wife Drought – What’s a Wife Worth? 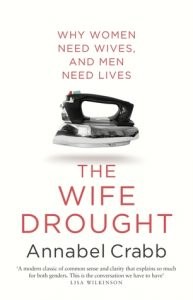 It’s a common joke among women juggling work and family. But it’s not actually a joke. Having a spouse who takes care of things at home is a Godsend on the domestic front. It’s a potent economic asset on the work front. And it’s an advantage enjoyed – even in our modern society – by vastly more men than women.

The Wife Drought, written by award-winning Australian journalist Annabel Crabb, was first released back in 2014. Seven years later, my sorry little self has finally read it. I say sorry because I wish I’d read it sooner.

Crabb is not only a terrific writer, but she has a great likability and charming wit to her pen. What is so striking about this book is you can see the thoroughness with which she has conducted her research, but she delivers it in a way that doesn’t overwhelm or bore her reader.

Despite its glaringly outdated data and references to a time when Tony Abbott was called Prime Minister – remember that? The salient points made by Crabb are still no less relevant today.

I found chapter 7 particularly thought-provoking; ‘What’s a Wife Worth?’ It’s an interesting question to ask. I’m not surprised that people have, in the past, attempted to answer this question in many ways.

Before you get on the defensive, no, Crabb doesn’t necessarily answer the question outright. I’m not even sure I have an opinion myself. I have learned that it’s an incredibly tricky question to answer for a myriad of reasons.

“The first and most commonly invoked method used when attempting to value housework is the ‘replacement model’. This is the one where you calculate how much it would cost to hire someone else to do all the jobs that housewives do” (Crabb 2014, p. 167).

This method makes logical sense, so it’s unsurprising why this method might be favoured. But as Crabb would later outline, this has its weaknesses. For one thing, how are we to judge whether every housewife is doing the same level of work. Let’s take cooking, for example. Are we paying for a housewife who might throw together a few ingredients from a pre-prepared meal plan from Marley Spoon? – not that there is anything REMOTELY wrong with this. Or, are we talking Heston Blumenthal style, top-notch meals prepared for between 45 minutes to an hour?

“The other main way in which the work of wives has in the past been valued is called the ‘opportunity cost’ method. This method was pioneered by Nobel Prize-winning economist, Gary Becker, who reasoned that the value of a wife’s unpaid work in the home can be calculated by establishing what she might have earned out in the world if she didn’t have to ice thirty cupcakes, devise a wire hook device to get a LEGO fireman out of the bathroom drain, and convey four profoundly ungrateful nine-year-olds to footy practice” (Crabb 2014, p. 169).

Again, however, this method has its drawbacks. Most obviously, the cost of an hour’s housework isn’t exactly its value. Crabb uses the example of a banker turned taxi driver. Of course, they no longer get paid like a banker, so why would we perform this “switcheroo” on housewives and nobody else?

Crabb writes of many examples throughout history where everyone from politicians to banks has attempted to put a price on women’s domestic work. Most notably, the one way a wife’s worth is still to this day, definitively determined, is in the case of a divorce, a severe accident, or her death. It’s grim but true. The courts can effectively decide what a woman is worth, as it relates to the loss for her husband. While the outcomes in the divorce courts, in particular, for women have improved since the 1950s. It’s also true that when a man is considered the ‘breadwinner’ of the household, and the woman a mere ‘housewife’, her worth is more often than not undervalued, compared to her husband’s.

I could never really put all the arguments in this book as eloquently as Annabel Crabb already has. But I will end by saying that this is only part of a much broader discussion that I think should and will continue to be had for years to come. 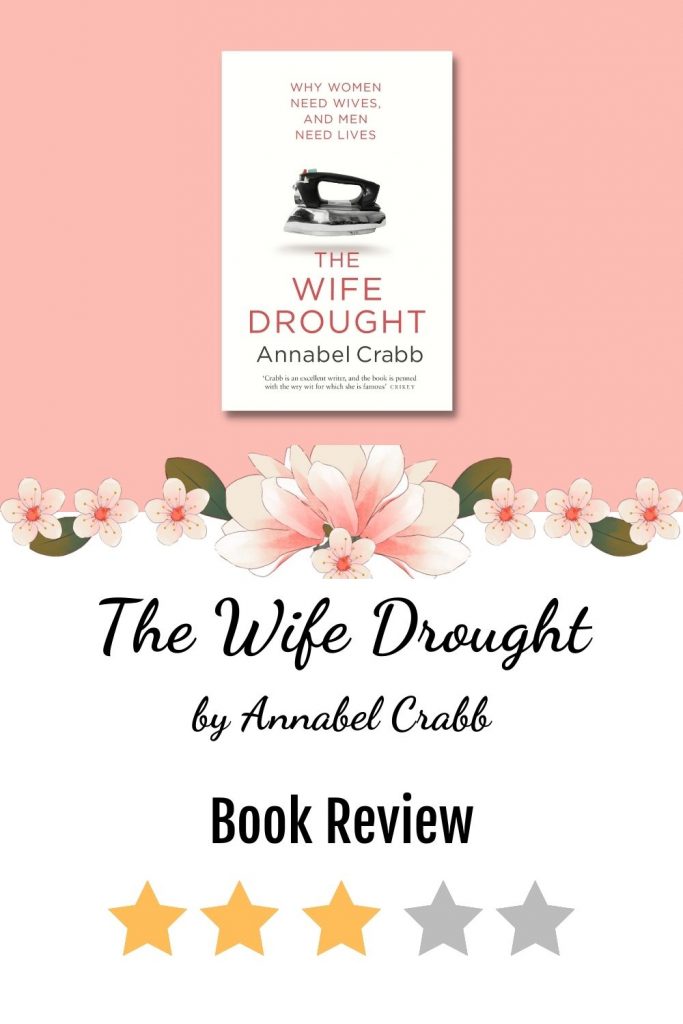