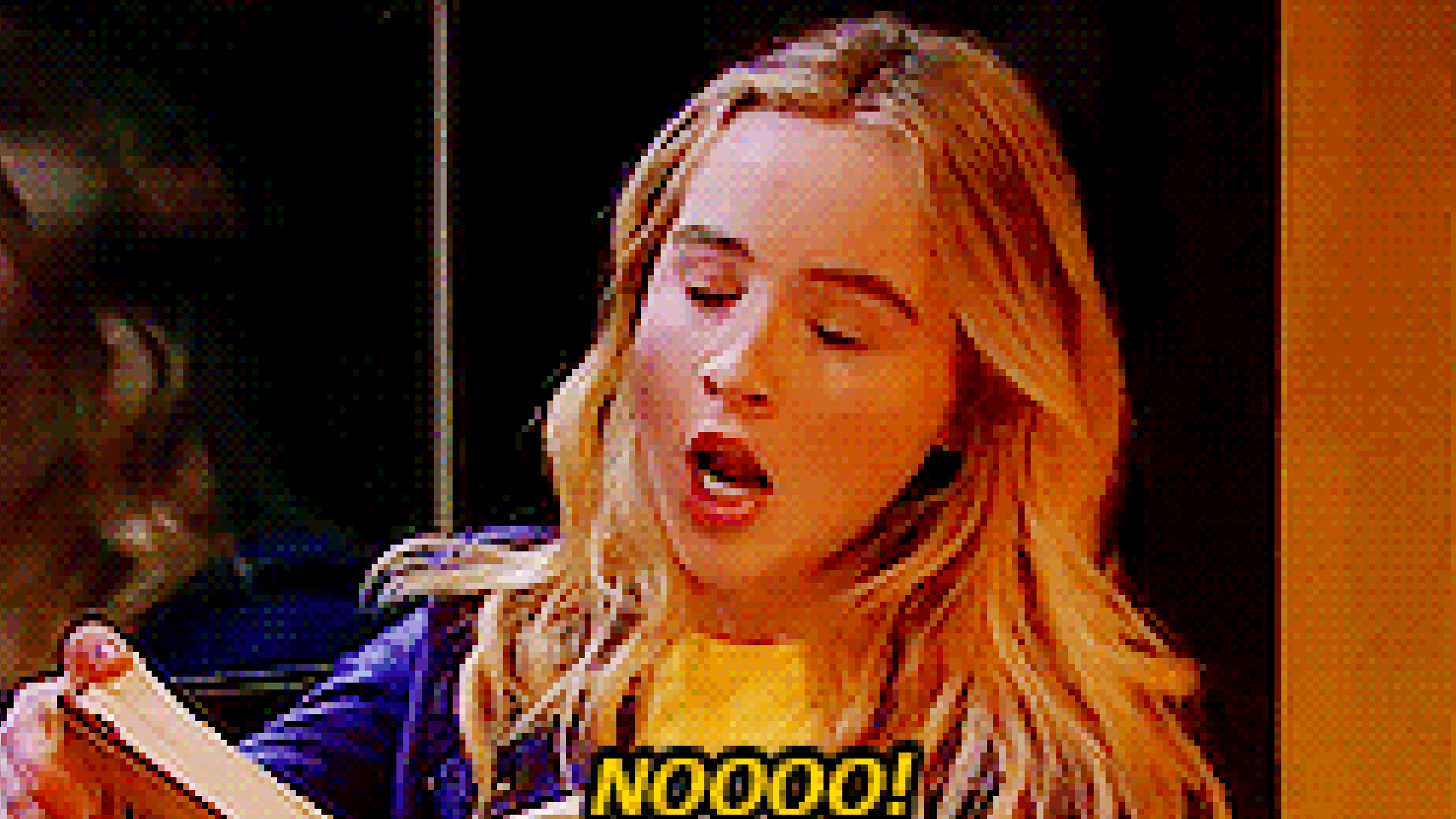 We deal with our sh*t

You know after talking to someone this week about my blog, I realised that I’ve never really done a post about my disability or what it’s like to live with a disability. Sure, I’ve mentioned it and I kind of briefly outlined it in the ‘about me’ section of this blog but that’s about it.

I guess I’ve stayed away from going into it because I wanted to establish my identity as a writer with opinions about the world and perhaps some wise insights. I am not just a girl in a wheelchair who is another disability advocate. It’s just not who I am. Plus I don’t believe in the whole ‘pity-posting’ tactic to gain readership. If you read my blog, I would hope it’s because you find my views interesting, insightful or at least entertaining.

I don’t write about my disability for the same reason that I don’t ever EVER want to become a motivational speaker. Talking about my disability is like me asking you to talk about what you had for breakfast this morning. Sure, I’ll answer questions if you ask, I’m pretty much an open book. But it’s boring. I’d much rather talk or write about politics, school and the trials and tribulations of being a teen in this day and age. Besides, disability is already a huge part of my life which I have no control over and so I’d rather not focus on it more than I already have to. It’s a part of my life, not who I am.

In saying all that…. *exhales. I do want to point out something I’ve found to be both interesting and annoying about having a disability in today’s society. You see, the biggest problem for us [people with a disability] used to be that we were not as accepted and families back in the day would go as far as to hide children with a disability of any sort as it was considered a great shame. And while I am glad that we have come such a long way from those days, I kind of feel that now we are headed in a new, almost opposite, direction.

Disability is starting to become viewed as almost like having a super power; anyone with a disability is viewed as a damn hero or an inspiration. And then because of that, it’s just expected that we were put on this earth to inspire people. I mean we’re just so damn brave, right?

A few years back I remember scrolling through my Facebook feed when I came across this meme. 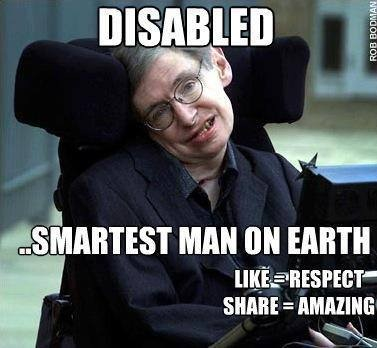 I remember my very first thought was; “and…. your point is?”.

People believed that Stephan Hawking was inspiring because he made all these amazing scientific discoveries all while overcoming his disability. Look, it’s true, he did make all these amazing scientific discoveries and I admired him as much as the next nerd, but not for the reasons most people seemed to. You see professor Hawking did not overcome his disability. HE DEALT WITH IT.

Having a disability does not cancel out a person’s ability to do everything. It literally means having a limitation (physical or mental), prohibiting a person from doing certain tasks or participating in certain thought processes. That’s not even abnormal. I mean, if you really think about it, we all have a disability of some sort. Nobody is able to do anything and everything, it’s part of the human condition.

Professor Hawking had a physical disability. His muscles were atrophied, he couldn’t move, walk or talk. But heck, he still had a perfectly good brain, didn’t he? He used what he had to the best of his ability. He continued his pursuits in the scientific field like he had his whole life. Hawking also used his skills to develop ways of getting around communication barriers and continue to get work done, living life to the best of his ability.

I don’t know anybody with a disability, including myself, whom ever woke up in life and said; “yeah bring it on, give me a disability, give me the toughest challenge you got, make my life difficult so I can overcome it and be a hero”. Firstly, because it’s just a dumb and unrealistic sentence. But my point is, nobody chooses a life with a disability. It happens and yeah you can choose how you feel about it, whether you wanna be positive or a miserable f*ck. But either way you still have to wake up, get dressed and get on with you day. That is not particularly extraordinary or brave in any way whatsoever, so why think any differently towards a person with a disability?

This is what we do, all of us. We deal with our sh*t and move on. It’s how life works, and no one is different from anyone else in that sense. We deal with the fate that was passed to us, the good and the bad, in the best way we can. We live life to the best of our abilities and make the most of what we have.

Now take a look at this one, I reckon this ought to be familiar.

WE ARE NOT HERE FOR YOUR INSPIRATION!

This is where I come back to why I don’t ever want to be a motivational or inspirational speaker. People seem to put such low expectations upon people with a disability that it then seems that every little thing that person does is an absolute marvel. And then they expect that person to tour schools and workplaces, talking about their struggles or they put those people in a meme like this one with a really condescending motivational quote for the benefit of their own moral compass. I mean, it’s basically exploitation in its most patronising form.

In addition, I’d like to share with you one of my favourite quotes in relation to this issue; particularly in response to the above quote. It was by a woman by the name of Stella Young who has since passed but was known for her work in disability advocation.